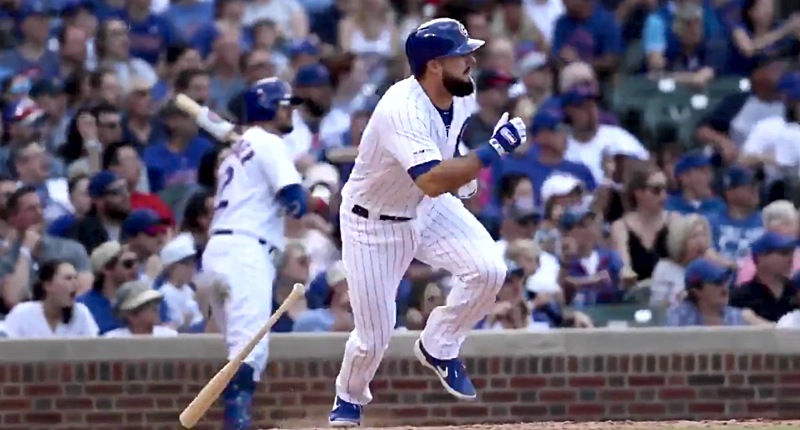 I have limited availability right now due to family travels, so you’ll have to forgive whatever the weekend winds up looking like. We’ll still figure out a way to be on anything big that breaks, but you may need to give me a little leeway.

This wound up being kind of an interesting question.

The Cubs' .331 OBP was 4th best in NL, 8th best in MLB. But when you normalize and adjust for league, their OBP+ was exactly 100 (average). Still 4th best in the NL, but feels even more like an area for improvement. https://t.co/TrOkaRCQYM

My guess at the 2020 plan with Gallardo: some offseason camps, bring him back slowly in spring, keep at Extended Spring Training while South Bend is still cold, consider him for SB rotation spot when a college guy gets promoted (late May?), with back to Eugene as back-up plan.

10 Lucky winners from now until Monday will receive a $100 golden ticket gift card in their order. Happy Shopping! @obvious_shirts

THE BIG ONE: every single thing at @obvious_shirts is 35% off today with free shipping. This is the one you want to take advantage of. Just go to https://t.co/X9HB2QoBE8 and use the code FRIDAY19. pic.twitter.com/2vQmaoSX7s

Also, Amazon has started their overload of Cyber Monday Deals for this weekend, so make sure you check it out. #ad