Could NL Teams Be More Willing to Sign Nick Castellanos in Hopes of Future DH Rule? Skip to content 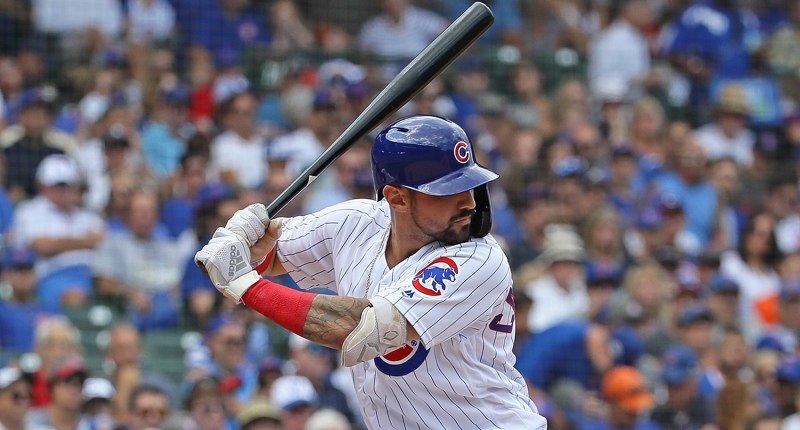 Without exception – right? – Cubs fans embraced Nick Castellanos like a lifelong member of the team, and a guy we don’t want to see leaving town any time soon. It was only two months, but hey, when a guy absolutely dominates and does it with the kind of zest we hadn’t seen in a little while, he’s going to make some fans.

… but the realities of free agency are such that, even though there has always been mutual interest in a reunion between the sides, Castellanos was going to see what was out there and the Cubs were going to consider how the fit does or does not work. With the Cubs’ strong and reasonable preference to keep Jason Heyward in right field, and to keep Kyle Schwarber on the roster, it’s really difficult to fit Castellanos into the current outfield landscape, let alone the budget.

BUT, if you’re still among the hopeful, Ken Rosenthal throws you a bone this morning in the form of a Designated Hitter conversation: “A long-term deal [for Castellanos] from a National League team might even make sense, if a club is willing to bank on the possibility that the NL will adopt the DH in the next collective-bargaining agreement. The current CBA expires on Dec. 1, 2021, meaning that Castellanos might only need to play the outfield for two seasons.”

There’s a lot to unpack there:

All in all, this makes for a very interesting discussion about how organizations proceed in the face of possible rules changes (or changes to the baseball, for another example). Kinda makes you think that if Castellanos does wind up in the National League on a five-year deal (or longer), that signing team does believe the DH could be on the way in two years.

Would that team be the Cubs?

Well, like I’ve said since the open of the offseason – I’d love to have Castellanos’s bat back with the Cubs to diversify the lineup, and I think there’s a realistic deal he could get (three or four years at $18 million AAV or so) that would be in the Cubs’ doable range. But I also think that if the Cubs are keeping both Heyward (probably untradable) and Schwarber (turned a corner?), then bringing back Castellanos is a really tough fit unless you get him on an absolute super bargain. I also think it’s possible he winds up with a much larger deal, where it starts to make a lot less sense for the Cubs, even if they believe the DH is coming in two years.