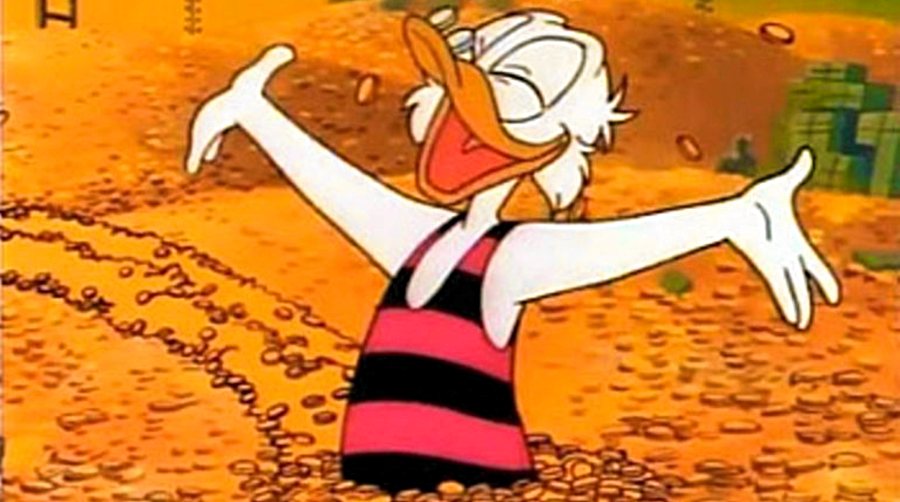 At the outset of the offseason, we estimated the Cubs’ actual ($214M) and luxury tax ($215.5M) payrolls for the 2020 season, acknowledging that yeah … they’re already a little beefy for the start of an offseason. Indeed, the luxury tax payroll was some $7.5M over the first tax threshold.

But since then, the Cubs have made a few changes to the roster (see below), enough for us to re-do this process and discuss any potential impact or changes in strategy.

So here’s an updated look at the Cubs’ currently-projected payroll: 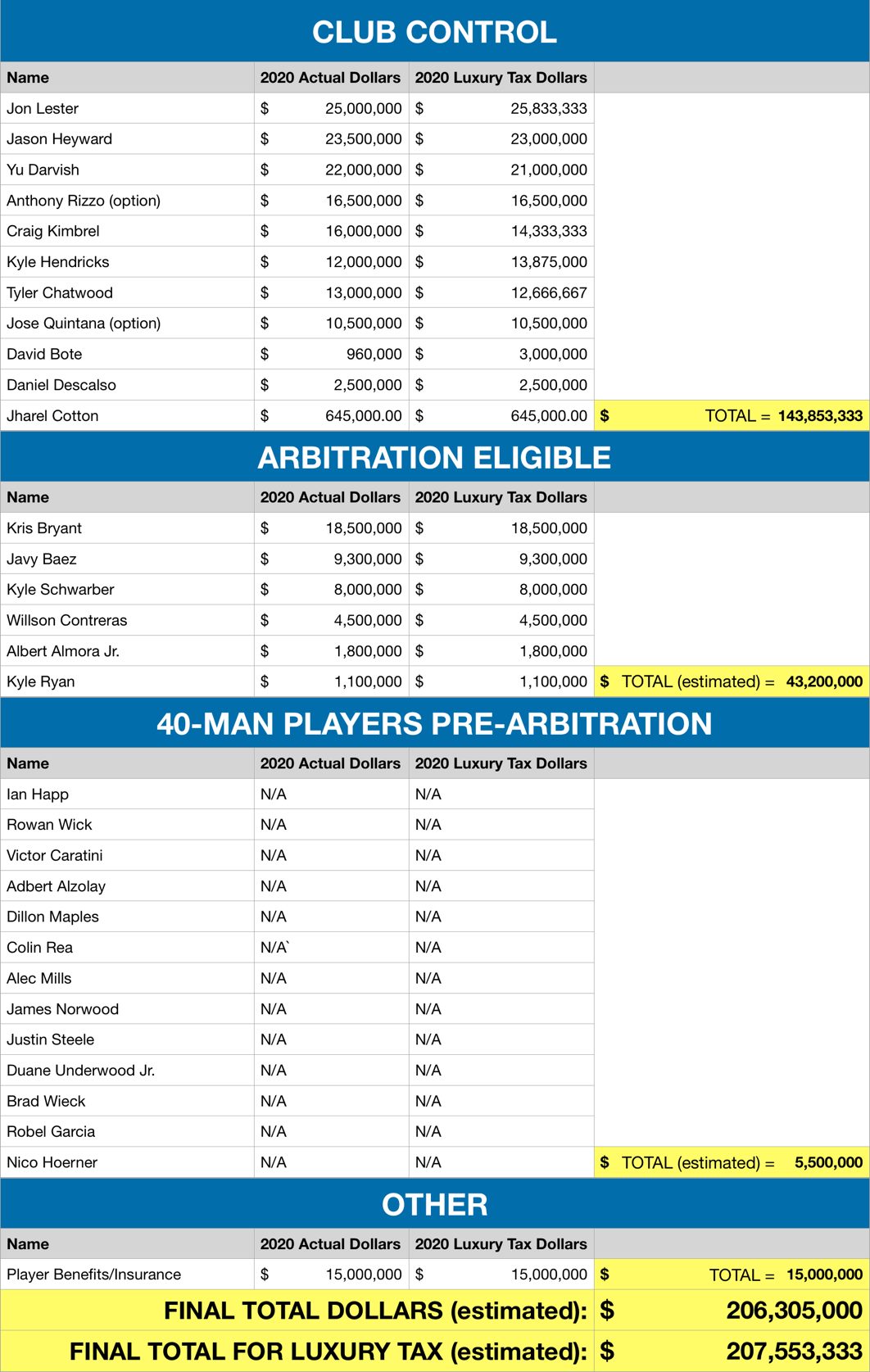 Add it all up and you get roughly $7-8M less in actual and luxury tax dollars for 2020.

Now, obviously there’s a lot of estimation baked into this process, so take from that what you will, but by our calculations, the Chicago Cubs are actually now under the first tier ($208 million) of the Competitive Balance Tax (fancy name for the luxury tax). Of course, that’s not really the story here. We’re still at the very beginning of the offseason and players will be both added and subtracted from the roster, to say nothing of the traditional $8-10M that’s earmarked for achieved bonuses and/or in-season pickups.

To put that more bluntly: Even if the Cubs managed to enter the season just a hair under the $208M threshold – like where they are right now – there’s little reason to believe they wouldn’t go over before the end of the season.

Coming at it from a different angle, I wouldn’t take this to mean they might suddenly spend MORE money. In fact, the exact opposite could conceivably be true. I doubt this happens – and I’d hate it – but now that the Cubs are so close to that lowest threshold, they might actually have a plausible shot to get and stay under throughout the year by trading a way a big contract or two (perhaps someone(s) who just got a big arbitration raise, for example). Ideally, after such trades, the Cubs would turn around and spend that money, but there’s at least one strategic argument to be made that – given the state of the Cubs roster and the future free agent classes – avoiding status as a repeat luxury tax offender, which harshens the financial punishments in the future, could be prudent.

I wouldn’t make that argument, because I think the severity of those punishments – even as repeat offenders – has been a little overblown. But I can see it being made. If the Cubs had eyes for, say, Mookie Betts next offseason (and we know this front office loves themselves some Red Sox), getting under this year, in order to blow past it next year isn’t out of the question (standard caveats of you don’t know who will or will not be available where and when still apply).

In any case, after a couple of non-tenders, one new signed contract, and the correct application of Morrow’s hit, this is roughly where the Cubs stand for now.

And remember, the main ways that figure will change this offseason include (1) free agent signings, (2) trades, (3) arbitration estimates being way off, and/or (4) any extensions signed.

*Brett: While the luxury tax implications of option buyouts is something of a tricky business, but my previous read of the CBA tells me we were mistaken in initially including Brandon Morrow’s $3 million option buyout in the 2020 luxury tax figure.

On pages 119-123, Article XXIII, Section (E)(5) describes how luxury tax calculations are made with respect to options contracts. The language is not exactly conversational English, but the gist is that it says when a player receives the buyout on a club option, that buyout does not count toward any luxury tax calculation – and that’s because the buyout was already considered guaranteed money back when the deal was signed, and the AAV was established for the years the deal covered.

In other words, the team with the contract was already “paying” the buyout for luxury tax purposes in the previous years of the deal. So, for Morrow’s two-year, $21 million deal ($9 million in each year, plus the $3 million buyout), the Cubs already took care of the buyout for AAV purposes in the first two years ($10.5 million AAV).

If you are curious what happens when an option is picked up: if the buyout *isn’t* actually ultimately paid out – i.e., the option is picked up – then two things happen: (1) the option is basically a whole new contract for that team, and the full AAV of that option counts for luxury tax purposes; and (2) the team(s) that “paid” the AAV of the buyout in previous years in their own luxury tax calculations get the amount that they paid taken OUT of their payroll for luxury tax purposes in that following year (Section (E)(5)(b)(ii)).