Is Kris Bryant Trade a "When" Not an "If"? Are the Dodgers a Trade Suitor? Skip to content 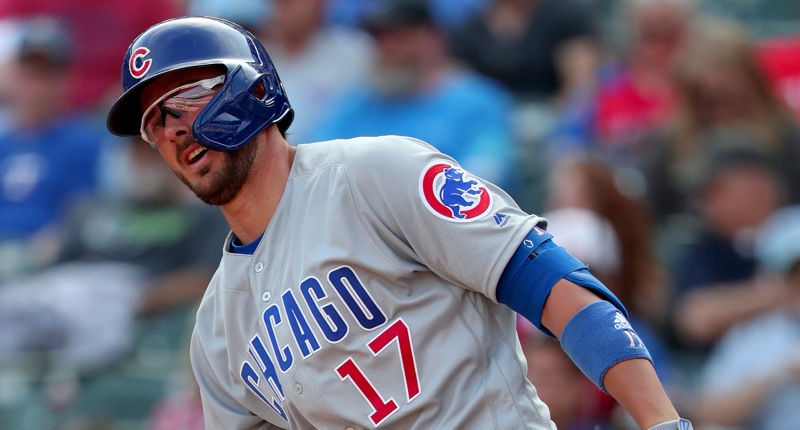 The latest from Ken Rosenthal at the Winter Meetings is definitely worth your time, even if it didn’t have a big section on the Cubs and Kris Bryant. Though it does.

In Rosenthal’s section on the Cubs and Kris Bryant, you definitely come away feeling like there is an expectation – be it straight from Rosenthal, or a sense from his sources – that Bryant is going to be traded. It just feels like a “when” thing, rather than an “if” thing.

To be crystal clear, Rosenthal does not explicitly state or report that. But it’s definitely the sense you get, particularly from the idea – via sources – that the Cubs are waiting out the Anthony Rendon and Josh Donaldson markets, believing that after those two are off the board, the losers will be more inclined to pursue a trade for Bryant. Not an earth-shattering thing (we’ve been tracking those two players’ markets already for the same speculative purposes), but it again, it gives you that greater sense of the Cubs’ interest in pursuing a trade.

What stands out most from Rosenthal, however, is the suggestion that the Dodgers, in particular, may be put off by the free agent prices, and thus would potentially be a trade partner for the Cubs. It’s been hinted at before, but this is as close as anyone has come to indicating that the Dodgers are going to be in on Bryant.

Even if the Cubs couldn’t get righty Dustin May or infielder Gavin Lux involved in the deal (and yeah, Lux is a definite no, and May is unlikely), the Dodgers have plenty of pieces to make a trade work in theory (though a little less big-league-ready impact pitching than you might hope for, or could get from, say, the Braves). Let’s just say, if the rumors here went anywhere, there’s probably a plausible deal template in there somewhere.

I’d be curious if the Dodgers’ designs would be to upgrade from Justin Turner to Bryant for 2020, while also then getting Bryant (probably, pending grievance) for 2021, when Turner would have left in free agency. And if so, would the Dodgers be trying to move Turner separately? Or in that deal? If the money made sense, would the Cubs be content to bring on Turner for one year as the Bryant replacement in exchange for whatever else they can get in the trade? Certainly softens the hit in 2020, as Turner – even at age 34 – still managed to hit a robust .290/.372/.509 (132 wRC+) last year (with a 16.0% strikeout rate, which was actually his highest mark since 2016).

It’s also possible that the Dodgers would simply be looking at Bryant as a big bat addition, and might work him into the outfield mix, while trying to coordinate all the other pieces (not feeling compelled to move Turner). Or maybe Turner is more of a utility guy, focused on first base with Max Muncy focusing on second base (and Gavin Lux losing a starting job for now). The Dodgers have juggled a lot of balls like that before, so, hey, I won’t speak for them. If they want Bryant, they can make it work without necessarily dealing Turner.

Anyway, the bigger points here are the ones noted by Rosenthal: the Cubs seem to be waiting out the Rendon and Donaldson markets first, and the Dodgers are likely among the teams that would be interested in Bryant if they don’t land one of those two.