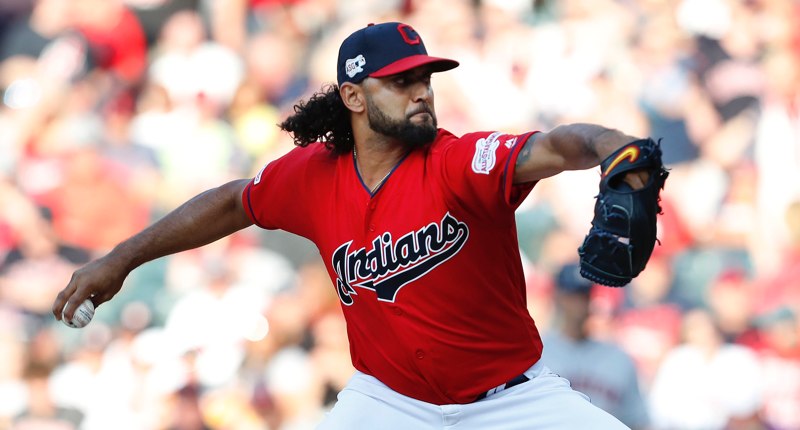 Although we’d all probably prefer the Chicago Cubs deployed an unending supply of cash to target and sign any and all attractive free agents that fill a need on the big league roster, that ain’t gonna be the way it goes this offseason.

With that in mind, I’ve been thinking about how the Cubs are going to need to take some high-risk, low-cost, high-upside swings on pitchers to fill out the bullpen (if they want to back their way into some real impact). In large part, that has meant a flurry of low or no-cost acquisitions like Jharel Cotton, Dan Winkler, CD Pelham, and Trevor Megill.

But I’ve also been wondering if there are some opportunities with bigger names in free agency, where the Cubs could get a little more value than the price tag would suggest. Specifically, we’re getting to that part of the offseason where fringe guys who are hoping to find a rotation job may wind up having to settle for a cheap one-year deal with an organization that views them as a bullpen option. (Not, uh, that the Cubs don’t also need to add a starting pitcher, but let’s just have a bullpen chat for today.)

So, anyway, against that backdrop, I started thinking about the pool of free agents, and whether there were any compelling starting pitchers who (1) might not find a rotation job, and (2) might transition particularly well into the bullpen.

There are undoubtedly many who fit into that category, but one dude who really jumped out at me when scanning the free agent lists: Danny Salazar.

If you’ve been around here for a little bit, you’re familiar with the former Indians righty, because he was looooong mentioned as a possible Cubs target in the days they were obsessively looking to trade for a controlled young starting pitcher (which never really happened). At the time – 2015/16 – Salazar was a hard-throwing guy with great stuff posting very good numbers in his mid-20s.

Then the injuries set in, including a shoulder issue that resulted in surgery (always scary), and cost him all of 2018 and most of 2019. When he finally did return in 2019, he injured his groin, and that was that. Since 2017, Salazar has pitched just 4.0 big league innings. That’s it. Obligatory caveat right here: it’s always possible that a guy who has missed so much time is toast, regardless of his role.

Because of the injuries and missed time, I’d have a pretty hard time viewing Salazar as even a very remote depth starting option on a team like the Cubs. Sure, he might still have the stuff to do it if he’s healthy now – he only turns 30 in January – but how could you bet on that? And, moreover, why wouldn’t you instead look at a guy in his situation as a possible reliever?

I’m thinking the Cubs should.

Instead, it’s just about factoring in the injuries and lost time, together with his particular skill set, and landing on, “Hey, I think maybe this guy could actually be a pretty good reliever now!” On a low-cost deal, if he’s open to a conversion? Make it happen.

So, in sum, you’ve got a guy who has been away for a couple years thanks to injury, but who is only 30. Historically, he’s thrown a mid-90s fastball, and shown the ability to pop that up a bit in relief. He has a wide array of pitches, but his best pitch is a changeup that, for years, was the best changeup in baseball.

Again, I can’t speak to the state of his health at this time, and maybe the shoulder is hamburger meat, or maybe the groin injury was really bad. There’s not a lot out there right now on his health. Moreover, I can’t speak to how willing he is to just full-on convert to the bullpen at this point in his career, given how good he was as a starting pitcher before the injuries set in.

BUT if he’s healthy and if he’s open to becoming a reliever, then he looks like a guy with a perfect profile for the Cubs to be targeting right now.