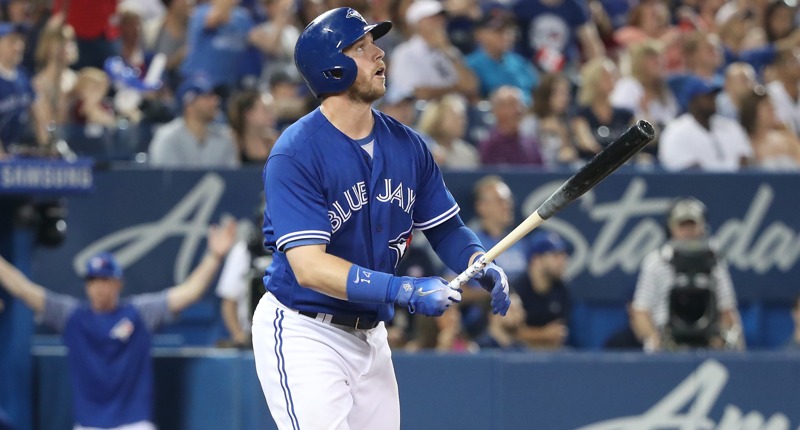 The Brewers’ thrifty offseason shuffling continued this morning, with yet another addition to a 2019 Wild Card roster that lost 14 players.

Brewers are close to a deal with a Justin Smoak, solving their 1B issue

In fact, I’d count on it: Smoak walked 15.8% of the time last season, struck out just 21.2% of the time, had a tiny 36.6% ground ball rate, and a well above average 42.7% hard-hit rate. Those are some mighty fine peripherals. And if you’re not a fan of peripherals, he also has 85 homers over the last three seasons. So there’s that.

Now … Is Smoak a sure-fire, immediate impact offensive contributor? Maybe not. He’s older, and the results were what they were last season. But he certainly has a shot. He was also a LOT better against righties (108 wRC+) than lefties (85 wRC+), so some selective deployment could really help.

And to that end, I think I have an idea of their plan.

Earlier this offseason, the Brewers added Avisail Garcia for left field which would presumably push Ryan Braun to first base more often than not. But now, with Smoak in the fold, Braun’s expected time at first may have shrunk too. But Garcia, like Smoak, was better against right-handed pitchers than lefties last season, while Braun was the exact opposite (136 wRC+ against lefties, 106 against righties), so some sort of matchup rotation between left field and first base could be in the plans for all three of them.

That’s how you maximize a roster with little money to do so.

Including Smoak, my back of the napkin math with 2019 fWAR vs. 2020 projected fWAR (through Steamer) has the Brewers at 0.0 change from last season.

In terms of payroll, they are ~$25M *below* their 2019 commitments (using MLBTR arb estimates).

They're probably not done. https://t.co/bc5wfxspJf

The Brewers may not be out there threatening to add pieces like Francisco Lindor – the way the Reds are – but they sure know how to stretch a buck and they keep doing it.

Free-agent first baseman Justin Smoak in agreement with #Brewers on one-year, $5M contract with a club option for 2021, source tells The Athletic. Pending physical. @JonHeyman on it.