Ross Doing His Work, the Unnerving State of the Bench, and Other Cubs Bullets Skip to content 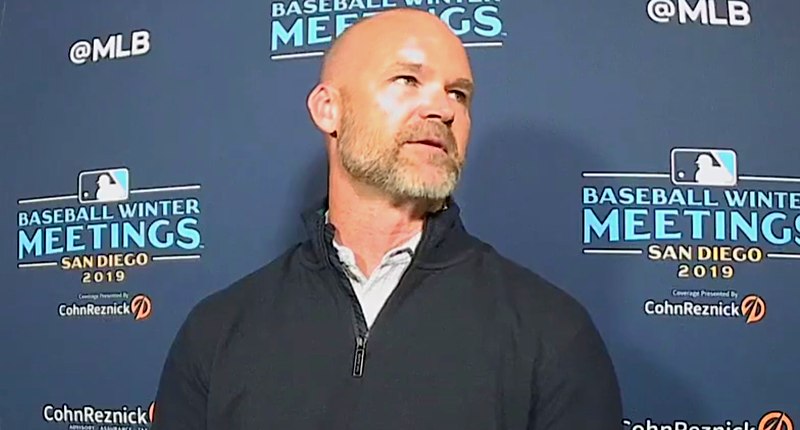 I started these Bullets a couple hours ago with some thoughts on the luxury tax. But then those thoughts spurred questions in my mind, and the answers to those questions spurred more questions and more research. By the time I realized I need to shift to an entirely separate set of Bullets, I was 2000+ words down the rabbit hole. So that’s coming shortly.

Here’s the top 2 levels offensively if we assume Perez and Kemp and Descalso all on the Major League bench. Which, to be clear, I do not think is our ultimate outcome. pic.twitter.com/opWN1zkdb3

It’s @ARizzo44’s turn to put a teammate in the hot seat.

Watch a live taping of Bae vs. Ballplayer featuring @ihapp_1, along with Anthony and Emily Rizzo Saturday at #CubsCon! https://t.co/lP7WcyONoR pic.twitter.com/Cf6WFMlYM0

To be clear, he would stop speaking to me if he found out I wrote a poem about him.

A chance encounter at the Winter Meetings pic.twitter.com/aO5xMYBeyj