Cubs Looking at Joe Panik for Second Base ... If They Can Afford Him (Um, LOL?) Skip to content 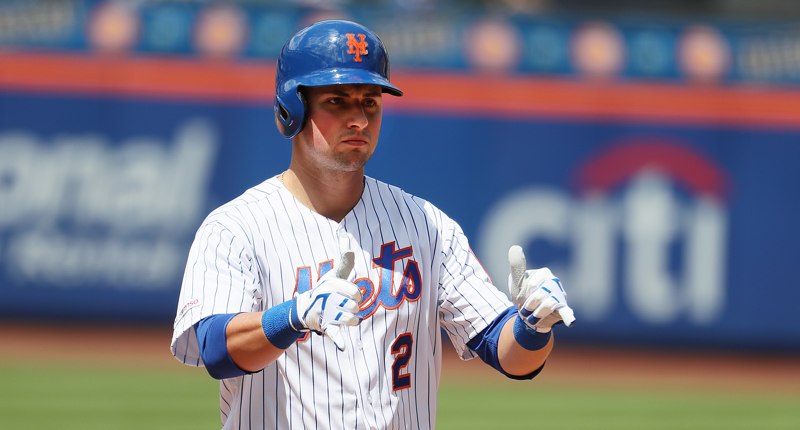 Consistent with what we think The 2020 Plan is, the Cubs are going to be looking for a number of cheap, one-year, might-be-useful types to fill holes in the late part of free agency.

Thus, Sahadev Sharma – in an article boxing the Cubs about the ears for their lack of spending the last two years – mentions Joe Panik as an option at second base for the Cubs. I mean, if the Cubs can squeeze him into the budget, that is.

Not only are they sitting out on big-$$$ free agents, but for the second winter in a row, a tight budget is keeping the Cubs from aggressively adding marginal upgrades as they wait to move salary. It’s not the way a team like the Cubs should operate https://t.co/DFuSinYpUF pic.twitter.com/9fluGUNDKg

Panik, 29, was at one time exactly the type of guy you’d want to see the Cubs add to the current mix. He can bat lefty at second base while playing perfectly solid defense, and he’s an extreeeeeme contact guy, so it changes up the look of the lineup. Cool. Do it. Who cares if he’s a “buy-low” guy, right?

Well, the rub is that “at one time” part. Panik, who was excellent in 2015, has been on a steady decline in productivity since then:

Panik did bounce back a little bit in a very small sample with the Mets late last year, but overall, you’re talking about two straight seasons of being borderline unusable, even in a bench role.

Maybe you like the idea of a change of scenery and him succeeding in a limited role? Pairing him with Nico Hoerner, as Sharma mentions?

Well, the problem there is that Panik was a huuuuuge reverse split guy last year, actually hitting slightly above average overall against fellow lefties, but being brutalized by righties. For his career, he’s more split-neutral, skewing slightly toward a traditional split, so maybe last year was a fluke? His other very bad year at the plate, 2018, he had a huuuuuge traditional split (he was borderline useful against righties!), so I have no idea what happened to him the last two years. If the Cubs actually sign him, we’ll have to see if we can figure that one out. It’s pretty weird.

As for the one elite skill Panik brings to the table, it’s contact.

Since he came into the league in 2014, Panik’s 89.7% contact rate is 5th highest in all of baseball. Take out his partial rookie year in 2014, and he’s up to 90.2%, 3rd in baseball. Without production, contact alone doesn’t matter much, but all else equal, in a lineup full of swing-and-miss guys, you’d rather have the high-contact 100 wRC+ dude over the low-contact 100 wRC+ dude.

The question is whether Panik can even be a 100 wRC+ guy (league average) in a reduced role.

Obviously I’m more than fine with Panik on a minor league deal – many, many teams would be – but I think he might get a big league offering, even if it means a bench job. For now, I’m not convinced the Cubs can even afford that, until they move out other salary, per The 2020 Plan.