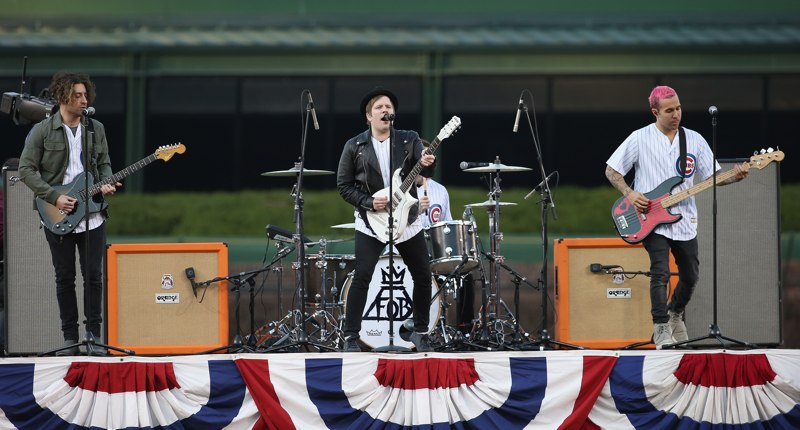 If it felt like the concert slate at Wrigley Field this year was really light, it was. Extremely light: just two concerts (two nights of Dead & Company), compared to ten each in the previous seasons. That’s largely the product of tours going on at the time, touring schedules, and game schedules not aligning perfectly, but it still seems like such a stark drop.

It got me wondering what the impact on revenue might have been for the Cubs.

I’ll warn you up front: unpacking just how much of an impact there was an imprecise effort thanks to the nature of concert costs and gate receipts. We can only do some educated guesswork, but if you want the big picture idea before we get to that level, it’s this: far fewer concerts in 2019 means that concert revenue at Wrigley Field was almost certainly down a healthy chunk of change. And since money has taken on an important focus this offseason, once again, I think it’s worth trying to figure out the rough range of concert revenues in 2019, versus 2018.

To do that, we first need to know how much the concerts actually generated the last couple years in total gross revenue. Per the Cubs’ neighborhood report in 2019 (h/t BCB), we can see that the team self-reported “nearly $1 million” in amusement taxes in 2019. Those are taxes the city (9%) and county (1.5%) add on top of what patrons pay at a concert (gross revenue), so we can do a little math and conclude that, in 2019, Wrigley Field had gross concert revenues no higher than $9.5 million in 2019 (and it could be a decent bit lower than that, depending on how loosely the Cubs were playing with the phrase “nearly $1 million” in taxes).

By contrast, per the Cubs’ neighborhood report in 2018 – which was the first year of the significantly higher concert amusement taxes (remember that whole thing?) – we can see that the team self-reported “more than $3.4 million” in amusement taxes in 2018. A little more of the same math, and Wrigley Field would have seen gross concert revenues of at least $32.4 million in 2018 (and it could be a bit higher, again, depending on what the Cubs meant by “more than $3.4 million” in taxes). That’s a lower per-show amount than in 2019, but with so many more concerts, it was more than three times the total gross revenue.

OK, so we’ve got an idea of the revenues generated by the concerts, in total, but how much of that would’ve actually been seen by the Cubs? I mean, there a lotta folks to pay when a concert comes to town, including, most notably, the performer.

If you poke around the net enough, you start to see how complicated the picture is for how revenues from a concert are divvied up among the interested parties, so we’re going to have to be really reductive here. Sorry. Without the actual contracts to review, we can only do our best to estimate, because they can be structured all kinds of crazy ways from performer to performer.

Based on the reading available out there, I get the sense that the venue wouldn’t expect to get more than about 25% or so of the gross revenues, with the rest going to the artist, their people, the concert expenses, etc.

So, then, our really rough 25% figure, applied to the gross concert revenues, would yield the Cubs revenues of about $2.38 million in 2019, versus a much larger $8.1 million in 2018. That means the Cubs could have seen as much as a $5-6 million drop in concert-related revenue in 2019, based on this educated guesswork.

Cubs revenues are estimated in the $450 million range for each of 2018 and 2019 at Forbes – grains of salt are necessary there, but we’ll use the figures for illustrative purposes. Those revenue levels had rocketed up over the past five years (under $270 million in 2014), but currently show as flat from 2018 to 2019 … which, yikes. But that flatness makes plenty of sense when you consider no postseason run, no attendance explosion from a competitive year, and, apparently, a $5-6 million hit in concert revenue. Heck, maybe it’s impressive that they stayed flat?

As for the concert hit – that $5-6 million would be about 1.11 to 1.33% of revenue, which is pretty substantial when you’re talking about incremental revenue that otherwise would’ve just been added onto the top line. Since we haven’t heard anything about it, I’m wondering if that drop was offset by other revenue opportunities that we haven’t otherwise been made aware of (a lighter concert schedule meant more X, Y, Z opportunities at Wrigley Field, for example)?

But if the revenue was not made up in other ways, it’s a blow. A reminder that revenue to the Cubs organization, after organizational expenses, goes right into baseball operations. So if this was lost incremental revenue, then *poof*, that’s about $6 million that was suddenly not available to baseball ops in 2019-20 that would have otherwise been available in recent years prior.

There are currently three big concerts scheduled at Wrigley Field in 2020, for what it’s worth. If they’re like the two in 2019 (i.e., particularly high-revenue-per-show types), then maybe the Cubs wouldn’t need to add many more to bring concert revenues back up to the pre-2019 level. But obviously, again, that’s the rub: there are only so many concerts actually available to book, and only so many will even make sense for Wrigley Field.