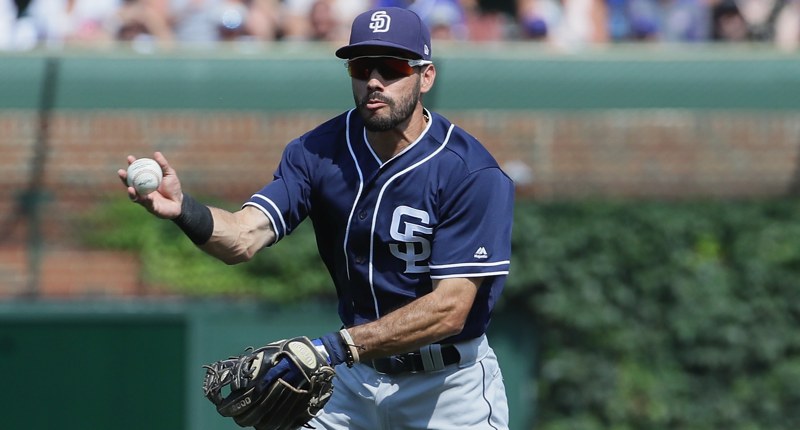 Mixed in among his 10 predications for the Cubs year ahead, Sahadev Sharma dropped in one exceedingly specific, exceedingly out-of-nowhere name that the Cubs are pursuing, so you can safely presume that this is a guy the Cubs are very likely to be signing: Carlos Asuaje.

Odds are good that the name either looks entirely unfamiliar to you, or just barely tugs at your memory bank (as it did for me) when first reading it. I was like, I think maybe he was a Padres prospect at some point or something?

Indeed he was – in fact, Asuaje was a part of the trade that sent Craig Kimbrel to Boston from San Diego before the 2016 season, together with Manny Margot, Logan Allen, and Javier Guerra. Margot and Guerra were the headliners at the time, but Asuaje was not considered a throw-in at the time.

At 28, Asuaje is unlikely to finally break through in the big leagues, but he can be an average defender in a variety of positions (primarily second base), doesn’t strike out, and actually hit near league average against righties even as he was overall struggling in the big leagues (.261/.334/.366, 91 wRC+).

To be sure, if signed at all, Asuaje would be on a minor league deal, competing for a bench job in Spring Training and otherwise serving as middle infield depth at AAA Iowa this year. It’s really unlikely to be a notable situation if they do or do not land him. But the fact that his is a name bandied about in a rumor about the Cubs “pursuing” a guy sure is striking. It’s like, Joe Panik has become a pipe dream or something?

That said, sure, I’d like the Cubs to take a shot on Asuaje on a minor league deal, because why not? If you’re not going to bring in a clear starter at second base, then why not at least get a guy whose skillset could theoretically complement the other guys at the position? Especially if it’s potentially going to be a season where you’re rolling the dice anyway? Sharma leaves you with the most hopeful line possible about the last year for Asuaje, “[O]bservers believe a mental reset has done him well.” OK. Sure. Why not.