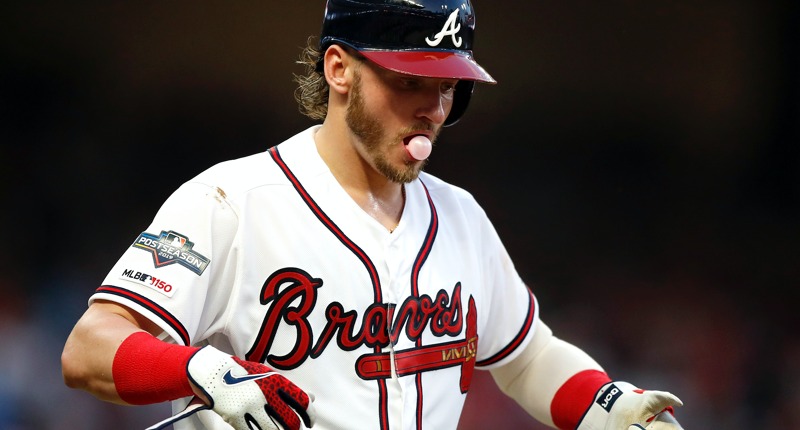 Josh Donaldson’s free agent journey didn’t end just before Christmas as expected, but it does seem to be heading toward a conclusion – perhaps as soon this week. The publicly-interested parties remain the same, albeit with varying levels of seriousness – Rangers, Twins, Nationals, Dodgers, and Braves – but there have been some notable updates recently that clarify the picture considerably.

For one, we learned that Donaldson is prioritizing a four-year deal, something the Rangers and Dodgers weren’t/aren’t willing to do, worth $110 million. And for another, we think he’s generally preferred a return to Atlanta, so long as the final numbers are close enough. Indeed, that’s probably why the Braves were reportedly the third team (following the Twins and Nationals) to offer four years.

But dragging their feet or not, the Braves are likely there now, and aside from my surprise that he didn’t immediately sign as soon as it was offered, again, we do seem to be heading in that direction.

After all, the Dodgers have been – at best – in some sort of silent pursuit of Donaldson this offseason, as their post-Rendon focus remains squarely on the trade market (Francisco Lindor, Mookie Betts, Kris Bryant). The Rangers, meanwhile, have limited themselves to three years in any non-Rendon deal, which will not get it done. The Nationals appeared hot on the trail … until they added not one, but two free agent infielders over the weekend (Starlin Castro, Asdrubal Cabrera).

And even the Twins, the first team to go to four years for Donaldson, sound close to moving on.

Here’s the latest, per the Star Tribune: “Donaldson … is weighing a handful of offers, including one from the Twins that is believed to include an average salary in excess of $20 million over four seasons. But sources with knowledge of the negotiations say Donaldson has not appeared interested in signing with Minnesota, and the team has begun investigating other options.”

The report explains that the Twins (1) are pessimistic about their chances, (2) are bracing for an announcement this week (3) do not intend to up their offer, and (4) are already looking at some other options to improve their offense.

Combining this behind-the-scenes work with the Nationals action over the weekend, and you come to one conclusion: Donaldson is getting close to signing with the Braves – or is at least signaling that intention.

And that stinks for the Cubs’ efforts to maximize their trade market.

The Braves were always the best on-paper matchup for the Cubs on a deal for Kris Bryant, but they obviously wouldn’t need him if they landed Donaldson in free agency. And, sure, there are still four other teams in this race that could pivot to Bryant in that case, but the Dodgers may be more interested in a bigger deal for a bat and a starting pitcher (David Price and Betts or Lindor and Mike Clevinger), the Rangers don’t have the pieces to get it done, the Twins have never been connected to Bryant in any way, and the Nationals not only added two infielders this weekend, they might well be the source of those “obscene” descriptions of the Cubs asking price for Bryant over the weekend (think Victor Robles).

And whether you think trading Bryant right now is a good idea or not (for what it’s worth, we can see the merit), the worst outcome is forcing a deal to for an imperfect return out of desperation just to get under the luxury tax. And second to that is a failure to trade Bryant (after his grievance hearings) – despite so many obvious overtures – before you head into arbitration negotiations … LET ALONE any tiny hope that an extension could be worked out.

So you’ll forgive me if I’m not thrilled at the way the winds are blowing. Donaldson to the Braves is likely the worst possible outcome for the Cubs … and the most likely to happen. Mondays.