Hey, Relax Guys, It's Not Like the Cubs Are the ONLY Team Without a Fully-Guaranteed Free Agent Signing ... Skip to content 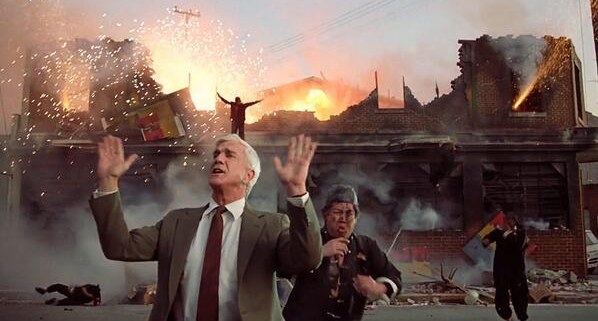 This weekend, we talked about how the Cubs’ last two offseasons have been especially light on sexy big league signings, and that includes zero guaranteed, big league contracts so far this offseason.

But never fear! The Cubs aren’t the only club without such a signing this offseason! They are joined by … the team that had to overhaul its entire organization and is entering the deepest depths of a rebuild, and a team that has so publicly proclaimed an inability to spend that they’re trying to trade the face of their franchise immediately after he signed a monster eight-year deal:

Maybe it’s unfair to simultaneously unleash perturbance at the Cubs for their fairly to sign even one singular guaranteed big league contract so far this offseason, while also acknowledging that there is some sense in stepping back in 2020 in order to get under the luxury tax and set yourself up much better for 2021 and beyond (financially and in players acquired, in theory). I’m not necessarily going to stop, though. Call it a fan’s prerogative. Or maybe call it fan accountability? It’s not like this front office wouldn’t openly tell you that if they’re doing their job well, they’d be able to simultaneously accomplish their step-back (financial) goal for 2020 while also addressing the needs that have emerged on this roster. So far, they haven’t accomplished either of those things.

So, when a list like this pops up, and you see the aggressiveness of other clubs stacked against the $0 next to the Cubs, it’s probably not unfair to make the jokes we’re gonna make. I think it’s unfathomable that the Cubs would proceed in 2020 in a status quo situation – again, having NEITHER aided the club for 2021 and beyond NOR done anything at all to improve the team for 2020 – but we’re now approaching a month out from the start of Spring Training. Yes, everyone’s waiting on the dang Kris Bryant service time grievance, but if the entirety of the offseason plan was staked to trading Bryant before anything else could be done? Then you chose a very risky path, and, once again, even if some things are now out of your hands, all the ensuing jokes are fair game.

I still bet the Cubs aren’t at $0 when this offseason ends, but until things change, they’re going to look silly at the top/bottom of these lists, especially after no meaningful spending last year, following seasons of a Wild Card Game exit and the missing the postseason entirely.