Rangers Drop a "Nuh Uh!" on Report They Are a Finalist for Nick Castellanos Skip to content 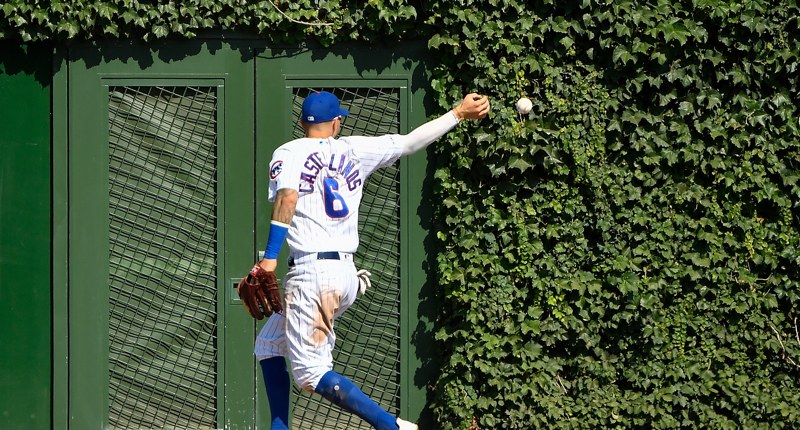 Well this is kinda wild. In response to the many rumors over the past few weeks that had the Rangers as feverishly in on outfield free agent Nick Castellanos – in fact, as of yesterday, it looked like he was most likely to eventually wind up there – the Rangers are saying nah, not true.

Per the Star-Telegram, emphasis added: “A club official rebuked a [Jon Morosi] report that the Rangers met with free-agent outfielder Nick Castellanos and are a finalist to sign him. According to the official, the Rangers have not met with him, have not made him an offer and are not going to move Joey Gallo from right field to first base to accommodate Castellanos.”

That’s a pretty firm rebuke. I’m surprised the official didn’t add, “Also we have never heard of Nick Castellanos, we’ve never seen him, and we don’t know the man, we don’t even play baseball at all, good day.”

So, among the possibilities here: either that this club official is doing some really extreme lying, or Castellanos’s camp (i.e., Scott Boras and crew) was trying to put out rumors of significant interest between Castellanos and the Rangers in order to force some other teams’ hand.

Right now, the Cubs are one of the few teams known to share mutual interest with Castellanos, but we all know their financial situation. So trying to pressure them to make a deal right now is probably a fruitless endeavor. That makes me wonder if one of the other teams believed to be involved – the Giants, the Marlins, the White Sox, or some Mystery Team (the Angels, maybe?) – isn’t quite meeting Castellanos’s desire price level.

Or the Rangers really are just trying to lowball Castellanos while they focus on third base in other moves.

For the Cubs, this is all relatively good news, as the longer it takes for Castellanos to find a home, the greater the chances the Cubs can make the antecedent moves they need to make before re-signing Castellanos. Don’t get me wrong: it’s still highly unlikely it happens. But when there’s strong interest in a reunion, you just don’t rule it out until it’s over.