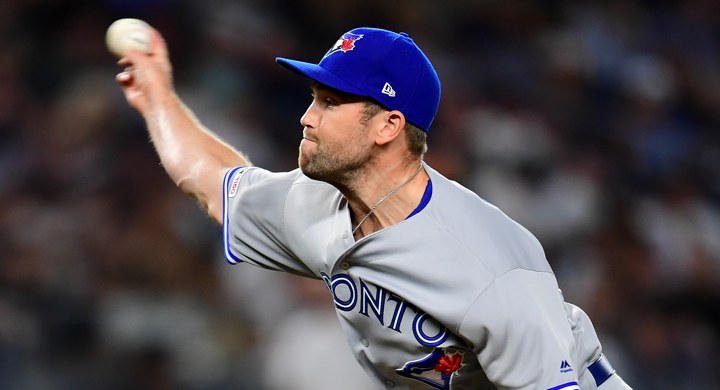 As we discussed earlier this week, the Cubs are taking a volume approach to the bullpen this year, which really isn’t all that crazy when you consider the market (so weak for free agent relievers) and the Cubs’ situation (limited funds to spend and a lot upside options they’ll want to try out).

Now they’re adding another arm to the mix:

Adam, 28, is a pre-arb guy who was non-tended by the Blue Jays after the 2019 season, which means they deemed him not worth a 40-man spot. Against that backdrop, and with him signing in mid-January, it would be a fair assumption that Adam is not going to be the Cubs’ first fully-guaranteed big league signing of the offseason.

Adam throws in the mid-90s (and touches a good bit higher than that with huge spin), with a changeup and a curve. I’ll have to dig in more on him soon, because he’s kind of an odd one to figure out on the fly, but it’s easy to see why the Cubs would take a chance on the stuff.

UPDATE: Adam gets a minor league deal (worth $700,000 if he’s in the big leagues, and up to $1.2 million in incentives). The Cubs still have yet to sign a fully-guaranteed big league contract this offseason.