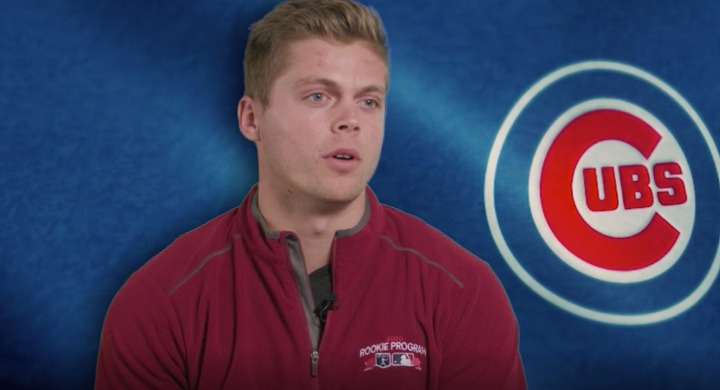 Prospects? PROSPECTS?! But Brett, I want to write about the STARS … Like Scarlett Johansson and the guy who played R2-D2. Sigh.

I guess every star has a humble beginning, and someone has to be there to document it all before they’re famous. So here’s some notes about the Cubs potential, future stars (a.k.a. prospects).

Nico Hoerner got a "crash course introduction" to life in the Majors last season, but learned a lot more about what it takes during the @MLB/@MLB_PLAYERS Rookie Program in Miami.

Dig the Kohl Franklin love shown over at @baseballpro.

A real chance that Franklin shows up Opening Day with some extra heft, more comfort with the curveball, no blister in sight, and takes off like a rocket.

Good discussion of Corey Abbott in here, along with a heap of praise for Marquez and Davis especially. @BleacherNation might take some umbrage though. https://t.co/GHIRfvzBt0