The Ghost of Seasons Yet to Come Skip to content 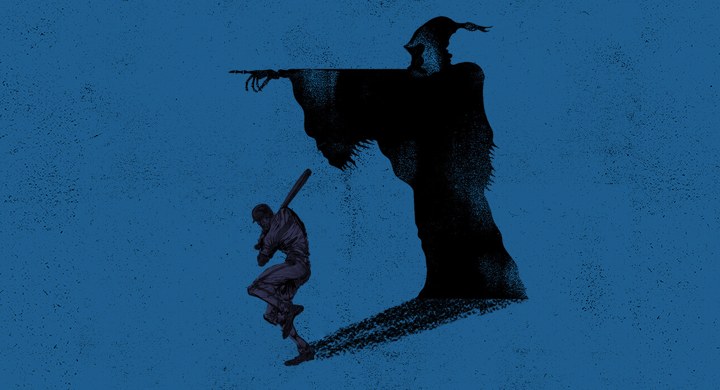 For as much as the front office will remind us all that the offseason isn’t over, and it is legitimately possible that the team is transformed in a meaningful way before Opening Day, it’s natural that many would see Cubs Convention week as a checkpoint in the offseason to take stock of the big picture.

For one thing, you get to hear from the executives and the players and the coaching staff, and, from a narrative perspective, that’ll always lend itself to a “check-in” vibe. But maybe for a more important thing, it feels like this offseason is at a fundamental crossroads that we can see what the start of this season will look like – what the story will be – if nothing more happens this offseason.

Maybe the Cubs don’t care what that conversation would look like. But man, living and breathing and feeling the emotional pulse of that world every day, I can tell you that I, personally, am dreading it.

To that end, I wanted to try to capture this place in time if this were the end of the offseason. Like Ebenezer Scrooge getting his final ethereal visitor, saying, hey man, if you don’t get your shit together soon, things are gonna get reeeeal bad.

In other words, if the Cubs do nothing the rest of this offseason, then the Ghost of Seasons Yet to Come is here to say this is how things are going to look in the first couple months of the season: fan malaise despite a modest level of hope, obsessive talk about internal development or regression, unceasing sarcasm about peripheral organizational changes, and far too much risk.

These will be the stories, told over and over again, as the Cubs try to launch a new TV network, and as the team tries to win without real roster change.

This week, Sahadev Sharma and Russell Dorsey wrote about the peripheral/organizational changes that the team hopes will make a difference in 2020, and it gives you a nice preview for a couple of those tales to come:

The Cubs swear they aren’t ‘whistling past the graveyard’ as they head into the 2020 season https://t.co/tfxkQzdMcf

The Cubs were considered innovators in player development, but after some stagnation, it was time for a reboot.

“I think it’s making sure we’re the leader and not the follower. … We owe that to our organization and to our fanbase.”https://t.co/S21pD5gOay

Who’s ready to fixate endlessly on how much the manager matters? About whether the training staff is actually doing better? About whether this coach or that coach is a good coach or a bad coach with virtually no actual visibility to their performance? Hooray! Fun!

Did the Cubs make real changes in the organization? Absolutely! A new manager. A nearly overhauled coaching staff. A completely overhauled training staff. A completely overhauled player development infrastructure. These are all real changes that, in the aggregate and over a long enough time horizon, are supposed to make a big difference. Maybe David Ross’s impact, in particular, will energize and harmonize the players in a way they haven’t been in recent years. This fluffy, not-quite-quantifiable stuff all does matter.

… but are they the kinds of things you can pin a season on? When the roster is basically the same or worse? (Nick Castellanos, Ben Zobrist, Cole Hamels, Brandon Kintzler, Steve Cishek, Pedro Strop, and more are all gone, and everyone else is a year older.)

Ah, but what about internal improvements from players! Well, yes, that too is a possibility:

Maybe Ian Happ and Kyle Schwarber play like they did in the second half, and are monsters in the middle of a lineup that also features Kris Bryant, Anthony Rizzo, Javy Baez, and Willson Contreras doing their things. Maybe Jason Heyward is properly deployed and is a plus at the plate. Maybe some configuration at second base works out. Maybe everyone stays healthy. If all that happens, hey, the Cubs will have the best dang offense in baseball! We’ll just pretend the pitching concerns don’t exist or don’t matter, because that’s an offense that can carry the day.

… but if some guys don’t step forward? If some guys get hurt? If some guys regress? If the normal things that happen every single baseball season happen? There is not the kind of extreme depth we have seen in successful prior seasons for the Cubs. They have some nice players percolating up through the system, but it’s not at all a certainty that several of them are even close to ready (or close to able) to step in and carry a position for multiple months at a time.

The cultural stuff will cut both ways for the Cubs in the first half of 2020. Without meaningful roster changes on which to consider the teams’ performance, you’ll see a whooooooole lot of ugly deconstructions about how things went so sour after 2016. How the Cubs let it happen. How the culture eroded. On and on. Will some of it be legit? Of course. Will it all be exhausting and overly dramatic? Probably. But one thing is certain: it’ll all be a conversation the Cubs don’t want to be having.

How many years are the Cubs wasting, folks will ask aloud. Why did they throw away prime years of their superstars for absolutely nothing in 2020? How could the Cubs have become this? Did they really just win the 2016 World Series and then kick their feet up, content to wash in that glow for as long as possible? Riding that ever-diminishing wave right into the dirt?

There was a time not so long ago that the Cubs’ culture was viewed as extraordinarily positively. But if nothing changes and the team underwhelms in April and May? My God. It will be vicious.

The other problem with making no changes whatsoever to the roster at a time when everyone knows there is a financial element to the decisions? Long-term financial flexibility and all that? And when you’re explicitly trying to avoid falling off a cliff when your core walks in free agency in a couple years? By not making any moves – exposing the team to all the risks discussed above for 2020 – you’re also risking not doing anything to actually improve the organization for after 2020. Which means you’ve now brought upon yourself an additional layer of scalding, deserved criticism for failing to at least place the organization in a better position by sacrificing an otherwise critical, competitive season in 2020.

All of that might be the part that would make me the most frustrated in the first few months of the season. I am pragmatic and open-minded. I can see the wisdom in The 2020 Plan, not pushing in so aggressively for 2020 that it derails future seasons. The wisdom in risking steps back in 2020 in exchange for leaps forward in 2021 and beyond. But if your plan necessarily incorporates serious risk to the 2020 season, you better damn well be sure you’re actually effectuating good things for 2021 and beyond. That’s a conversation I can and would have, even as the 2020 team struggled. But if the Cubs make no meaningful changes, struggle in 2020, and things look even darker for the years ahead? That is an absolutely unacceptable level of risk.

It is January 23. As Theo Epstein said this weekend, there is still time before Opening Day. The roster can, ultimately, be transformed in such a way as to alter the course of what is to come, both in 2020 and beyond. But with each passing day, it becomes less and less realistic that enough change can come that we won’t all be confronted by what could be a deeply troubling 2020 season. And, if things do go badly, it will be a season for which there will little to offer on the outside but scorn.