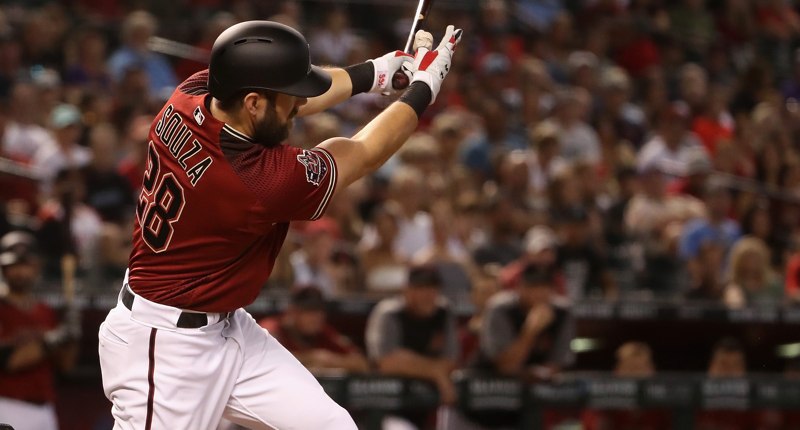 Could this be it?! The actual first big league signing for the Cubs? Is Steven Souza, Jr. the guy who pushes the Cubs over the edge?

Will be a major-league contract when completed . . . https://t.co/keeSsV4MYX

The timing with the CD Pelham outright would make a lot of sense, since a 40-man spot just opened up, and that may be why the deal with Souza is getting close to being complete. An actual big-league free agent on a guaranteed deal. Who could have imagined.

Although this isn’t the kind of signing that transforms an offseason of inactivity, it’s a solid move with some upside. For what it’s worth, I really like Souza for the Cubs, as we wrote last month:

Historically a right fielder, I wouldn’t necessarily read into this interest having anything to do with his position relative to the Cubs’ roster. Instead, he’s an outfield bat that might bounce back big, and that’s really all it’s about.

Souza has long been a guy that scouts loved, and teams really believed in the huge upside before he actually could put it together on the field. He was a monster in the minor leagues, and then wound up being the singular key piece in a three-team trade that netted the Nationals Trea Turner and Joe Ross – like, Souza was so well-regarded by the Rays that he was their main piece. I remember that trade well, and it was incredible at the time that the Rays so clearly believed Souza was going to be a star.

It took a few years, but he eventually did put up a borderline star season for the Rays in 2017 before they cashed in on that value and traded him to the Diamondbacks as part of another three-team trade that netted the Rays a couple quality prospects in Anthony Banda and Nick Solak.

It was clearly a well-timed trade for the Rays:

Souza suffered a pec injury early in 2018 with the Diamondbacks, and, as you can see, his season never really got together. Then, in the spring of 2019, he suffered a catastrophic knee injury that cost him the whole year.

What can Souza, who’ll be 31, be in 2020? Well, obviously he’s just a pure buy-low, bounce-back target. With nearly two years lost to multiple injuries, with his defensive ability in the outfield already on the downswing, and with a massive knee injury from which to recover in 2019, you just can’t bet on anything more than “hey, he might be useful, and there’s a 3% chance he actually looks like a starter.” The talent is clearly there for him to be that guy, but with so much strikeout potential in his game already, I’d worry that even if he were healthy in 2020, he might be really behind the 8-ball in getting his swing back to a place where he can be productive enough to overcome the whiffs.

That said, if the Cubs aren’t going to spend big in 2020, and with a bench that looks terrifying, guys like Souza are absolutely the types of swings they should be taking. He’s a line-drive guy who makes a lot of hard contact, and in the juiced-ball era at Wrigley Field, that could translate to a lot of power.

Interestingly, it sounds like Souza is also a guy who had a really long way to go in getting himself together as a person and as a teammate, and learned some hard, valuable lessons along the way:

In 2011, Steven Souza Jr.'s girlfriend cheated on him with a teammate. He was so selfish a person, nobody in the clubhouse felt sorry for him.

If he wanted a future in the game, he had to change the person he was.https://t.co/VQDtqlYJxl

That’s a great read right there, and it certainly makes it seem like this is a guy – a guy with an edge, but that has done a lot of growing up – that you’d want in your clubhouse as part of the mix.

Even if Souza gets a big-league contract, it will not be a significant expenditure. It’s possible he’ll land, instead, a minor league deal with a big league split (i.e., he gets a few million bucks if and when he’s in the big leagues). I like it. Do it, Cubs.