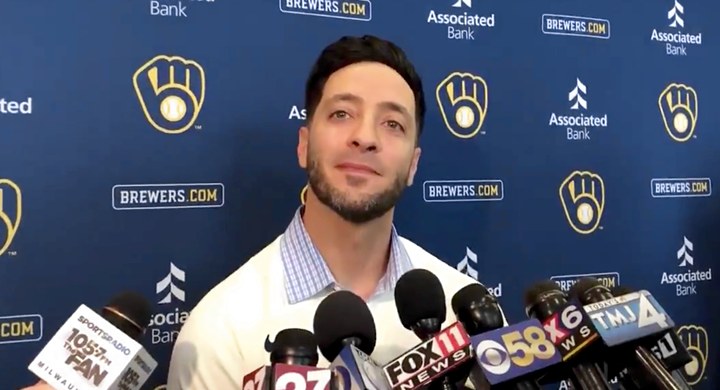 Noted bastion of honesty and integrity Ryan Braun had a laugh today when asked about whether the Milwaukee Brewers engaged in any electronic sign-stealing, as they’ve been rumored over the years.

He also got very specific in his denial:

Ryan Braun was asked about sign-stealing. “Everybody’s paranoid that we do it. Everybody’s convinced that we’ve done some of those things, but we’ve never even given signs from second base in my 14 years here.” pic.twitter.com/PYr1Qh5xPG

I find it interesting that Braun is very aware of the rumors over the years, and is aware that there has been a particular attachment to the Brewers as possible cheaters. To that, he says – specifically – that the Brewers have “never even given signs from second base.”

Setting aside the heavy lifting being done by that particular mention, I think it’s worth commenting on two other things from his remarks:

Do I actually think the Brewers have electronically stolen signs and communicated them to batters? Well, I mean, I’ve heard the rumors for years. Yu Darvish left open some questions on the matter. I can’t say I’m sure they’ve done it. But I don’t think anything Ryan Braun said today dissuades my curiosity.