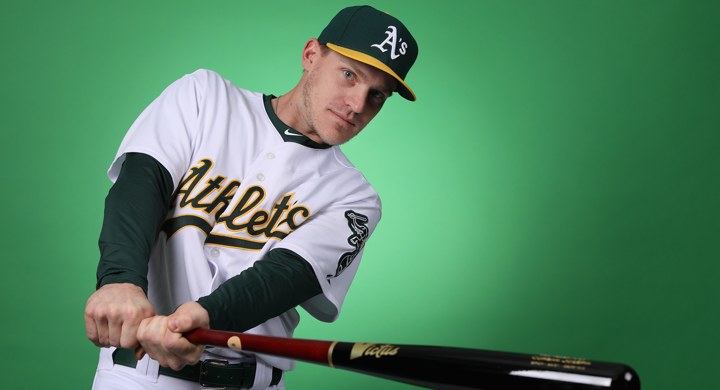 The Cubs’ search for useable left-handed options at second base was not over after the Carlos Asuaje signing, though most of the rumors thereafter were about Scooter Gennett.

The Cubs may well still try to get Gennett in on a bounce-back or minor-league deal, but it’s another lefty second baseman they’ve signed today, according to Chris Cotillo:

INF Corban Joseph to the Cubs on a minor-league deal, per source. ML invite.

Joseph, 31, is probably a name wholly unfamiliar to you (unless you know that his brother is Caleb Joseph), because he’s mostly toiled away at AAA for years since getting his first taste of big league action all the way back in 2013 with the Yankees.

In essence, Joseph has been the quintessential AAAA guy on paper: constantly rakes at AAA, has never gotten much of a shot in the big leagues, but has struggled in the limited chances he’s gotten. He can play a little third base and first base, but for the most part, he’s just been a second baseman through and through.

Last year at AAA with the A’s (AAAA!), Joseph hit an ungodly .371/.421/.585, though that was of course only a 144 wRC+ in the juiced-up PCL. But, like I said, that wasn’t really an aberration – he pretty much has always posted a wRC+ in the 120 range, with great peripherals (he doesn’t strike out, he takes a lot of walks, squares the ball, hits for enough power, etc. Seems like a great guy to have as depth at AAA, though it feels like there has to be a reason he’s never gotten a real bench look in the big leagues.

Still, with the AGM from Oakland (Dan Kantrovitz) having come over to the Cubs this offseason, there was probably a relationship and interest there.

Ultimately, Joseph will come to Spring Training and compete for a bench job with the Cubs – you can presume they’ll carry at least one of Joseph, Asauje, or Daniel Descalso – and otherwise will head to AAA Iowa to serve as depth there.

Meanwhile, I’d be on the lookout for a Gennett signing elsewhere soon unless the Cubs think he can be a regular starter against righties these days. Right now, the Cubs have David Bote, Nico Hoerner, Robel Garcia, and the three lefties all vying for playing time at second base to open the season. Not like also taking a shot on Gennett would necessarily be precluded.