The Chicago Cubs today officially announced the addition of reliever Jeremy Jeffress, formerly of the Brewers, on a big league deal.

The #Cubs and RHP Jeremy Jeffress have agreed to terms on a 2020 contract. pic.twitter.com/XYcZ371YHp

Cubs’ one-year deal with RHP Jeremy Jeffress is official. Base salary of $850K with another $200K possible via incentives. 40-man roster back at capacity.

The Cubs lost Travis Lakins on waivers yesterday opening up a spot for Jeffress, so the 40-man is back to being full.

With Jeffress officially in the door and one of the few “established” relievers in the mix for the Cubs, it’s going to be important to understand how he was so dominant in 2018 and so troubled in 2019.

The super short version? He wasn’t getting rocked and he was walking fewer guys that usual – it’s just that he wasn’t getting groundballs and his strikeout rate cratered.

Without narrative or statistics, the charts will never tell you the whole story, and the same is true for the following three images. But before we dig in deeper on what Jeffress could be for the Cubs in 2020, I did want to share three charts that really do start to tell the story of what happened to him from 2018 to 2019: he lost velocity, he stopped getting whiffs, he changed his pitch mix, stopped being able to get grounders and strikeouts to strand runners, and it all just got worse.

It happened against the backdrop of shoulder and hip issues (in his age 31 season), so it’s kind of understandable how it played out. None of this makes the “why” of the underlying issues any easier to diagnose or reverse, but it definitely does make the “why” of his ballooning ERA pretty easy to spot. So keep this stuff in the back of your mind for Spring Training: 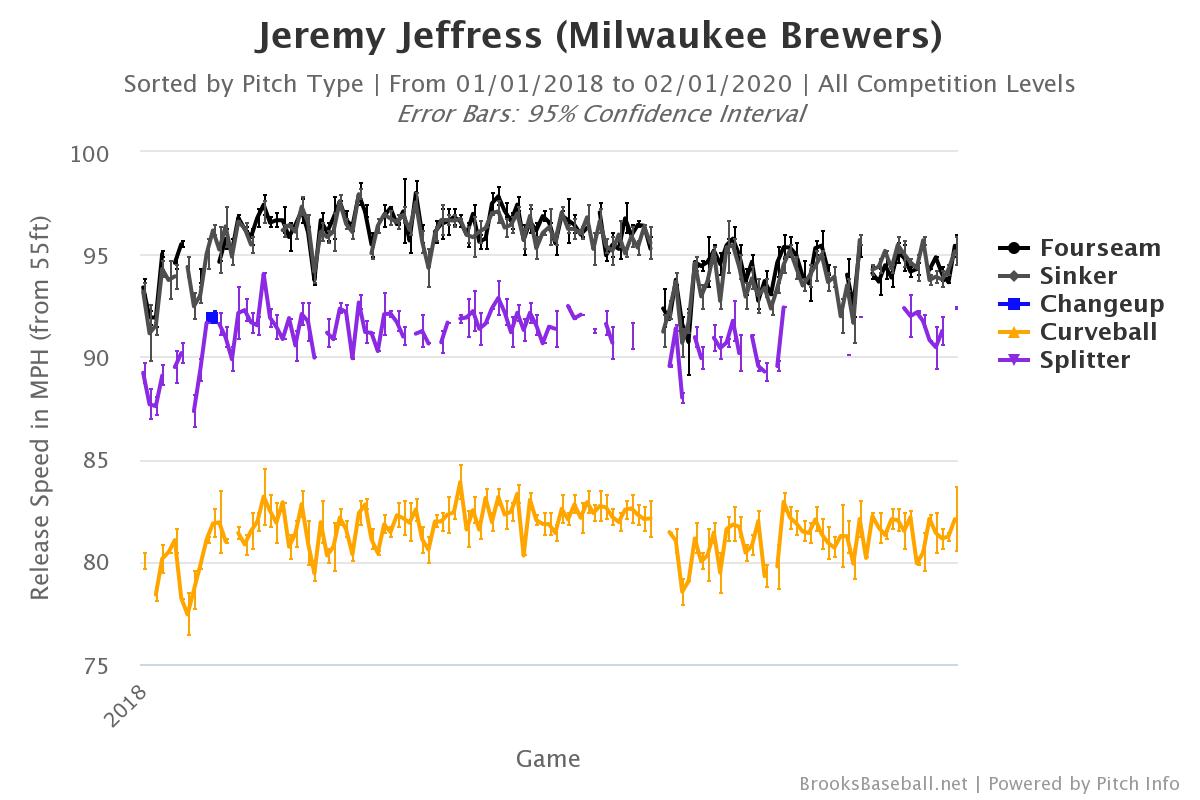 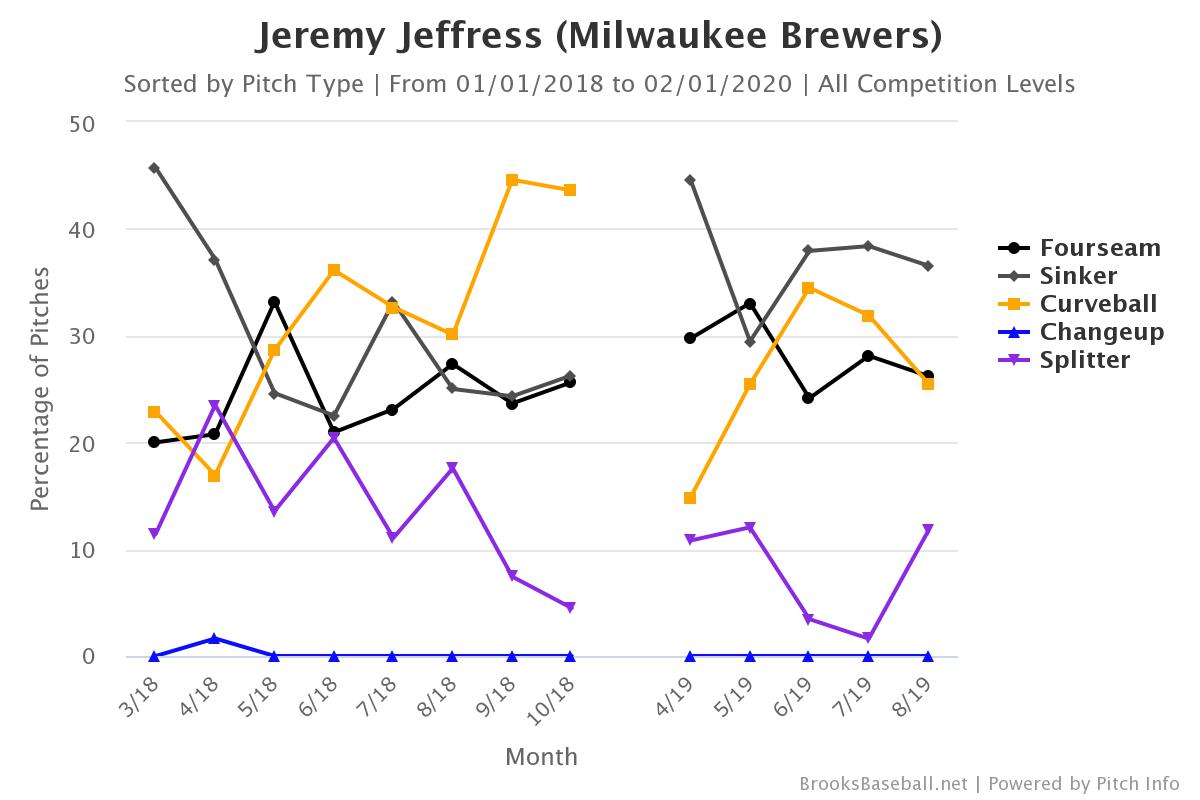 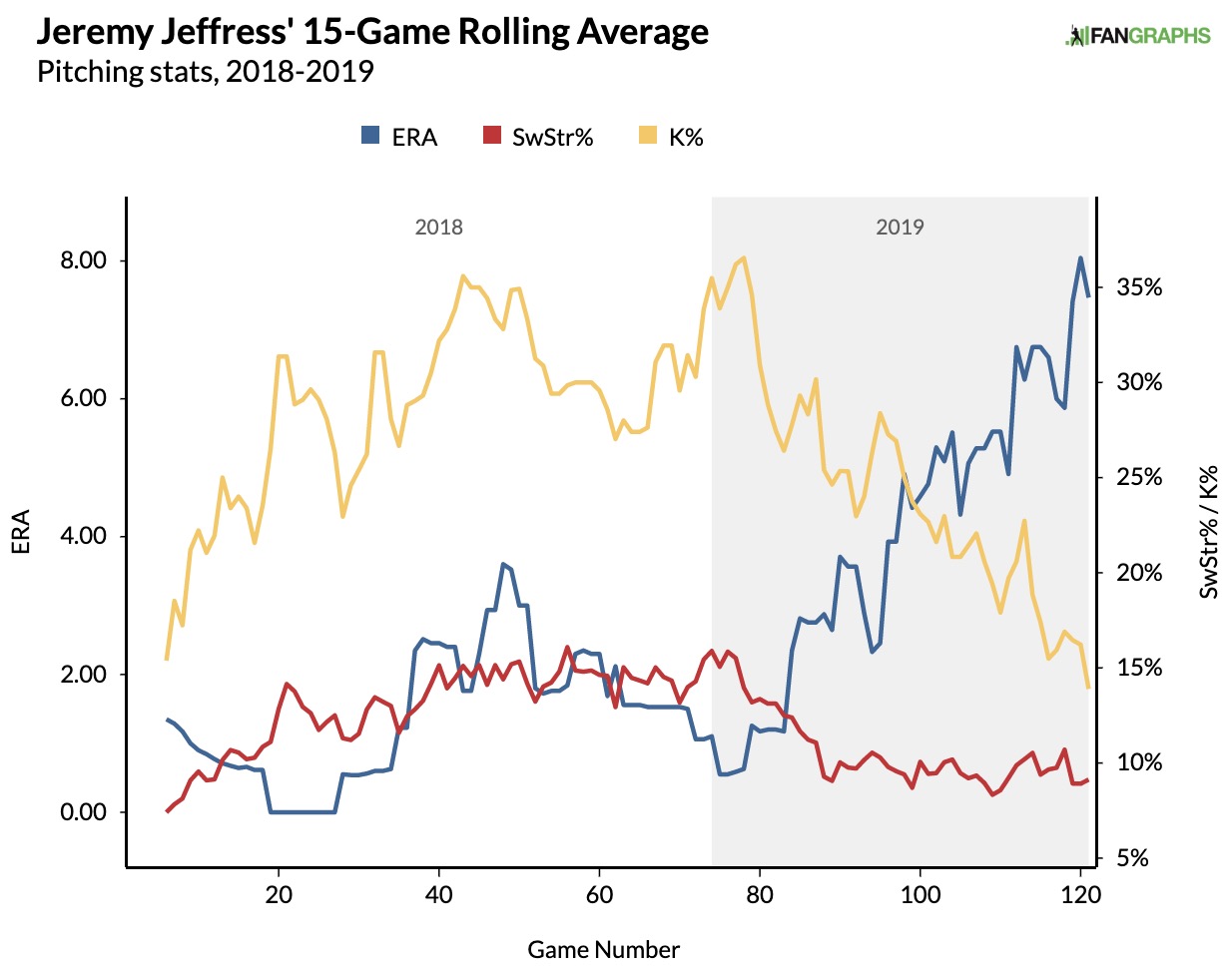