What's Up with the Cubs' Pitch Lab? How Will They Use it? Who Will Be the Experiments? Skip to content 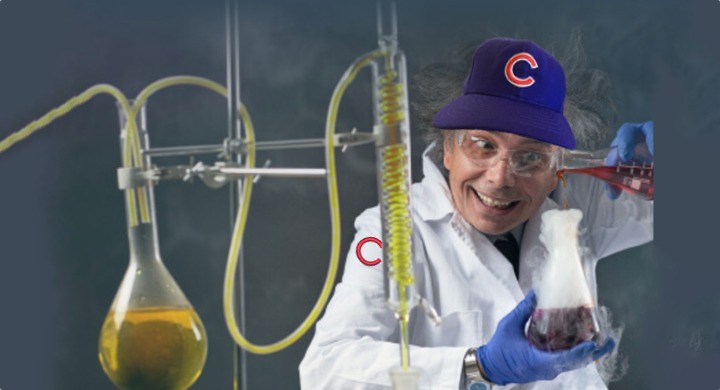 Without any significant big league signings yet this offseason, and without any sure-fire impact additions in the bullpen, the Cubs have done their best to remind us of Pitching Coach Tommy Hottovy, the pitching infrastructure, and the Pitch Lab. With any luck, the Cubs might even be able to turn a couple of the many, many wandering relievers into useful big league pieces.

After all, it worked last year when they adjusted Kyle Ryan’s arm slot, changed Rowan Wick’s grip on his curveball, and told Brad Wieck to ditch his slider in favor of his curveball. And, hey, those guys didn’t just end up useful, they were three of the Cubs’ best relievers by the results:

But what exactly did the Cubs do to figure that out? And what exactly is the Pitch Lab? And who are the candidates to go through that process/what are the Cubs looking to change? And, perhaps most importantly, how can the Cubs speed up that process so they don’t give too many innings to the wrong guys (and end up with only 33.1 IP from a guy like Rowan Wick)?

Sahadev Sharma (The Athletic) took a deep dive into how the Cubs plan to make their bullpen gambles pay off and naturally the Pitch Lab came in for some special attention. You can and should read Sharma’s piece right here for a broader focus on each of those pitchers and what the Cubs see in them, but I want to use it today to focus on answering those Pitch Lab questions above.

In the literal sense, the Pitch Lab is a tech setup out in Arizona – mounds, baseball equipment, cameras, computers, etc. But in a more considered sense, the Pitch Lab is the descriptor given to the Cubs’ efforts to deeply observe, study, record, and analyze pitchers and their pitches. The idea is to use every little bit of video and data and brainpower to make changes – sometimes major, sometimes minor – to improve pitcher performance. Although it isn’t limited to external additions to the organization, it makes sense that it comes up most often in that context, since that’s where all the foundations are laid for tweaks to improve guys the Cubs have targeted for addition.

Even if the Pitch Lab had a 100% success rate, the speed at which those pitchers are churned out of the test tubes and onto the field is paramount. Unfortunately, it takes time for each guy to figure out and enact any necessary changes AND THEN sneaking into the big league bullpen in the middle of a competitive season isn’t always simple.

But according to Hottovy, the Cubs have already made a few changes to speed that up.

For one, the Cubs have apparently targeted pitchers who not only have some unique skill (or flaw) they’re looking to optimize/eliminate, they’ve also targeted pitchers who’d be more open and willing to make those changes in the first place: “We’re getting more players that are just accustomed to hearing certain phrases, seeing pitch data and using Rapsodo,” Hottovy told Sharma. “So the learning curve is a lot quicker and they’re more willing to have those conversations about things you want to work on.”

There is always going to be some level of resistance to change and friction to learning, but by targeting players already familiar with the data and nomenclature, the Cubs put themselves in the best position to sort through their huge collection of arms faster than last season.

And as for getting them into the mix quicker, well, I concede that this part is a bit of making the best of a bad situation: “When you have (big names in the bullpen), spring training is a lot more about keeping those guys healthy and getting ready for the season,” Hottovy said. “When you have guys like this that are competing hard, you’re going to take the best guys that are ready right out of spring training, for the most part.”

Sharma points out how much time and space was dedicated to Mike Montgomery and Carl Edwards Jr. last season (I’d consider adding Brad Brach, too), each of whom wasn’t quite ready to pitch out of the gate, but both of whom were included at the expense of someone else based on their history/track record. But with fewer near-guaranteed spots this season (Craig Kimbrel, Kyle Ryan, Rowan Wick?) the Cubs can hit the ground running with whomever has the best chance of breaking out right away.

Again: not having sure-fire big leaguers isn’t exactly a 100% blessing, but I’d contend it’s more a reasonable strategy out of the bullpen than it would be anywhere else. If the Cubs manage to cultivate just one Rowan Wick-level success this season and they commit to him in April/May instead of the end of June, that would be an enormous win.

Also smoothing out the transition? Hottovy’s inclusion in the free agent process.

According to Sharma, Hottovy got a heads up whenever the front office started targeting certain pitchers this offseason, his second as Cubs Pitch Coach, and he started digging into their available video and data. Whatever he identifies as possible areas for improvement – and presumably the risk/reward balance of those changes – is then baked into the front office’s decisions (it’s almost like the idea of the “Pitch Lab” is doing its thing before a guy is even added to the organization). And to put a bow on the “let’s speed this up” stuff, some of these pitchers have already began throwing for Hottovy in the lab, well ahead of pitchers and catchers reporting.

Speaking of which, here’s a look at some of the imported arms Hottovy will be molding in his lab this Spring (these are just the new guys):

As for the process itself, you’ll have to check out Sharma’s piece for specifics, but in short the Cubs will have these guys throw every pitch they could conceivably use (not just the ones they like) to determine if there are any advantages to be had when all the data and video is processed. This should eliminate any favoritism or oversight for guys who fancy themselves fireballers, or junkballers, or whatever else.

If you hop over to Sharma’s post, you’ll see he’s done a great job identifying at least one specific thing each of the 9 pitchers above will be working on in the lab. I know banking on bounce-back MiLB-deal relievers is the least sexy offseason approach, but at least the Cubs are continuously improving a process that’s already paid dividends.

Much more here at The Athletic.