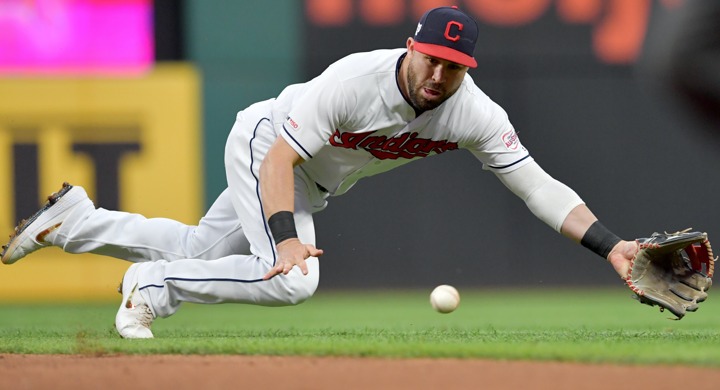 The Chicago Cubs have begun (modestly) dipping their toes back into the big league free pool lately, signing reliever Jeremy Jeffress and outfielder Steven Souza Jr. to deals within the past couple of weeks. And, hey, how about this: They might not be done there.

With a potential opening at second base, Cubs have been in contact with free-agent 2B (and Chicago native) Jason Kipnis. Had .446 SLG vs RHP last season, compared to .342 vs LHP. Former teammate of new Cubs coach Mike Napoli.

And Kipnis has a little experience at Wrigley Field. pic.twitter.com/wErukeBpy3

(Note: Jordan Bastian doesn’t frequently break news/rumors *like this*, but I will point out that he used to cover the Indians before coming over to the Cubs, so his information here is likely spot on.)

Kipnis, 32, became a free agent second baseman this winter, after slashing .245/.304/.410 with the Indians last year. His defense continues to rate well according to the advanced defensive metrics, but he hasn’t had an above-average offensive season since battling the Cubs in the World Series back in 2016 (114 wRC+).

What he does have, however, is a solid glove at second base and well above average contact abilities (91.4% contact rate in the zone last year, 81.3% overall … compared to league averages of 84.9% and 76.2% respectively). He also likely comes with a pretty low price tag, which is still somewhat of a requirement for any player the Cubs pursue this winter.

Moreover, Kipnis is a realistic alternative to the other free agent second baseman rumor we’ve heard recently: Scooter Gennett. Both guys offer a little bit of short-term upside, some improved contact abilities, and a cheap acquisition cost in what should/would likely be seen as a bridge to Nico Hoerner at second base in the long-term.

In any case, the biggest takeaway here (for now) is that the Cubs are clearly still looking to add this offseason, particularly at second base and from free agency.