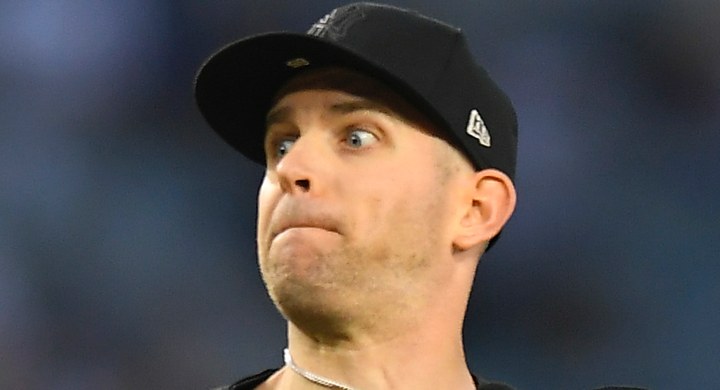 Although position players are absolutely not immune to offseason risks (ask Eugenio Suarez), nor the risks of ramping back up for the season, the reality is simply different for pitchers.

Yes, they work out all offseason, and yes, many start throwing long before Spring Training. But until you’re really ramping up for competitive action – throwing off the mound, then throwing to batters, then throwing at full effort, and then throwing competitive at bats – you don’t know for sure whether some dormant issue is going to finally rear its head in a way that you cannot pitch through.

That is all to say, the coming weeks mark one of the scariest periods on the calendar: surprise pitcher injury time.

It happens ever single year to almost every single team. Guys start throwing, and someone has to be slowed down. Or has to be shut down. Or has to get surgery. You cannot realistically count on all your expected contributors to get through Spring Training healthy and ready for the year, even if that’s the explicit directive of Spring Training. So brace yourself now for what is coming. Someone is going to show up hurt, or get hurt very early in camp. It’s inevitable.

I was reminded of this reality and this time period by a Yankees announcement just now about starter James Paxton:

Earlier today, LHP James Paxton underwent a microscopic lumbar discectomy with removal of a peridiscal cyst. The surgery was performed by Dr. Andrew Dossett in Dallas, Texas. His approximate timeline to return to Major League action is 3-4 months.

Paxton, 31, has always dealt with little issues here and there, but was nevertheless worth 3.5 WAR to the Yankees last year in just 150.2 innings. He’s really quite good, and this is a huge blow to their rotation before pitchers and catchers even showed up. Maybe he’s back in June? And maybe he’s his normal level of effectiveness? I won’t pretend to know how that kind of lower back surgery impacts a pitcher.

We’ll see if the Yankees sprint to what little remains of free agency or if they try to find a fill-in from the trade market (perhaps the Cubs see about getting under the luxury tax?). But the broader point remains: steel yourself, because the injuries are coming.