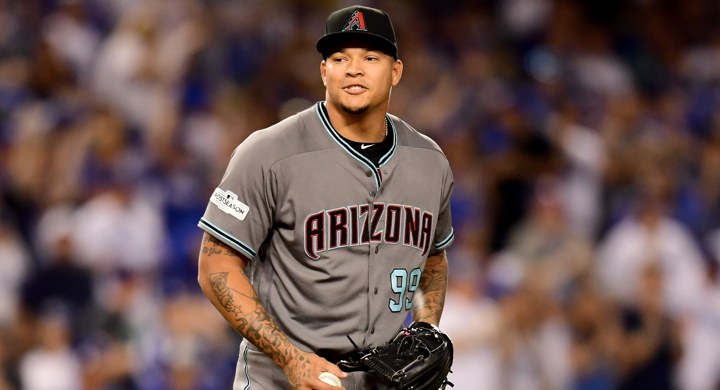 Much of the offseason, one of the bounce-back, buy-low, hail-mary free agents we’ve had our eye on is Taijuan Walker.

The former Mariners tip-top prospect and briefly-successful Diamondbacks starter is a guy who has always been long on talent, and at just 27 years old, you’d love to get him into the organization and see what happens.

The rub, of course, and the reason he’s a bounce-back, buy-low, hail-mary type, is that he is coming off of Tommy John surgery, which cost him most of 2018 and almost all of 2019 (with a shoulder issue mixed in during his 2019 rehab). Moreover, we recently learned that, when Walker threw for scouts last week, he was sitting only in the 85 to 88 mph range. A healthy Walker had previously been a 93-94 mph guy.

Sure, you’d expect some ramping up in Spring Training, but not that much. The expectation, then, would be signing Walker is more about continuing to rehab him and hoping that maybe he could contribute in the second half (or even further down the road), rather than taking a shot on him as a member of your rotation right away.

That actually still makes him kind of a perfect rehab project for the Cubs – and the Pitch Lab! – so why wouldn’t they be talking to him:

That's Taijuan Walker meeting Cubs brass before they watch him throw. No deal in place or anything. Former first round pick of Seattle who's battled injuries. https://t.co/x6f34yvasp pic.twitter.com/LYtI70ZqXP

Walker is likely throwing for a lot of teams now that they’ve set up shop in Arizona, and he reportedly has a standing offer from the Mariners to come in as their 5th starter. The implication there is that not only is Walker going to land a big league deal, but also that his former club is ready to commit a rotation spot to him. I’m not sure the Cubs could offer either of those things.

I guess we’ll see what the reports are – if any – on how he looked for the Cubs today. Maybe his previous showcase was wonky for some reason, and there is less concern about the initial velocity than I would have thought. I mean, he’s with the Cubs in Mesa for a reason. It’s clear that the Cubs are interested at some level, and Walker is willing to come and throw. I dig it.

UPDATE: He came. He threw. It went fine. He declined comment: