Joe Maddon Admits to "Philosophical Differences" With Cubs, Knew He Was Done Even Before 2019 Ended Skip to content 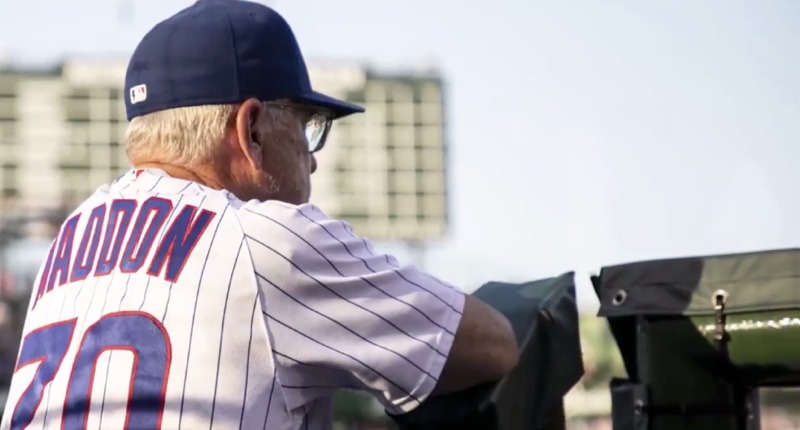 Given Joe Maddon’s free-wheeling style and new organization, it was always likely he’d open up even more about his transition away from the Chicago Cubs, and sure enough, the first official week of Spring Training is when it drops.

This is a fantastic read and you’re gonna want to soak in for context on what happened over the course of the last two years of Maddon’s tenure:

The section that will jump out at you immediately (with a bit of highlighting, though Maddon’s quote thereafter is at least as eye-opening):

WOW. This is as frank as you're gonna see. https://t.co/JeEm5K28jF pic.twitter.com/7QmZx5cEAm

To be sure, Maddon isn’t bitter – he and Epstein remain friends – and it was a great five-year run. Historically speaking, that’s plenty for a manager in Chicago.

I also don’t think it’s unfair (to either Maddon or to the front office) to note that Maddon is just calling a spade a spade here.

It was clear in 2018 that what the front office wanted the team to be doing was not exactly what was happening – in terms of culture (remember all that talk?), in terms of lineup choices, in terms of player rest, in terms of the coaching staff, etc. Maddon was the perfect manager to help build up the 2015-16-17 crew and create a winning environment, but he may not have been the perfect guy to transition into a different phase. Things clearly went awry the last couple years in so many ways, and although the front office justifiably gets the brunt of that criticism, Maddon is not immune.

What I don’t understand, and may never understand without the revelation of some yet-unknown information, is why the Cubs allowed Maddon to stay on as a lame-duck manager in 2019. It was clear after the 2018 season that Maddon was not going to be sticking around post-2019 shy of a World Series win or something crazy like that – it was a daily, publicly, undenied conversation everywhere you turned! – so why have him play out the string in 2019 when you already knew it wasn’t working? Why have it reach a point where even Maddon himself no longer wanted to be with the Cubs half-way through a season that then completely fell apart in the second half? Was it just because of the optics of “firing” the manager who finally won it all?

I guess the answer is going to be some version of hoping that Maddon and the boys would make it happen for one last hurrah, but – it’s now an anthem of the last couple years – hope is not a strategy. I just don’t get it.

In any case, Maddon and the front office started to diverge in their plans for the organization starting back in 2018, it took two declining years to play out, and then they mutually agreed to part ways. Maddon now has a great new club and challenge to take on in Anaheim, and I think they will be wildly successful. The Cubs have a new manager in David Ross – a guy the front office has liked for that gig going back to his days as a player in Boston. I’m happy Maddon was here when he was here, and I’m happy Ross is now the guy.

Maybe all is well that ends well … especially if the Cubs are surprisingly competitive this year, anyway.