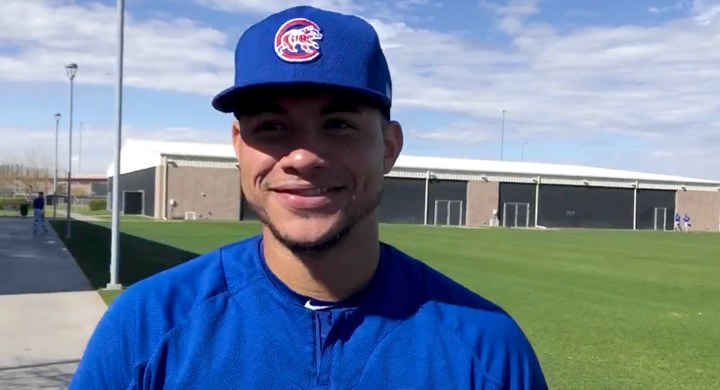 It’s officially THE day: pitchers and catchers report to Spring Training today. Of course, most of the guys were already in Mesa, Arizona long before today, but the calendar still makes today a big one.

Contreras on rumors and making it to camp without getting traded. pic.twitter.com/5h8GzoYNF7

"I was trying to not pay attention to it, but it was impossible."

Contreras "blessed" to still be with Cubs after an offseason of trade rumors https://t.co/msKvm5LmY5 via @MLB

Nico Hoerner vs Hernan Perez vs Daniel Descalso in competition for 2 spots.

This isn’t an on-field battle as much as a philosophical one regarding what’s best for Nico’s development (MLB or AAA).

Besides that, the rest are playing time battles. What roles will Almora and Souza carve out? How many days a week will David Bote get a start? How aggressively will Contreras get moved around to make room for Caratini? Who pitches the 7th? Who leads off?

The most striking part of the Mets' $57 million spring training renovation may be the home clubhouse. The Mets are only using it for Spring Training, not for the St. Lucie regular season, to give minor leaguers a reminder of the status they're working to earn. pic.twitter.com/k1b3vTTkj3

Former #Cubs GM Ed Lynch who spent 40 years in the game, says he’s not bitter, but just confused, why there’s no longer a place for him in #MLB. https://t.co/TuyqY9Seh3