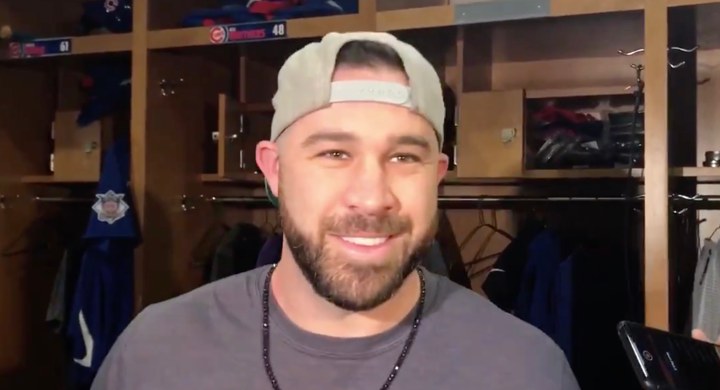 Today was dominated by Kris Bryant’s arrival and more Astros fallout, but there were a few other bits from around camp worth noting for your Saturday night …

Kipnis on joining the club that kept him from winning a ring in Cleveland. pic.twitter.com/hp9To6y9DO

Jason Kipnis was asked if he'd run into old teammate Mike Napoli yet:

"He's so good at getting the best out of you." @ARizzo44 and his teammates embracing the @D_Ross3 Era: https://t.co/lFAhImmRUd pic.twitter.com/zUY3Ci8FVQ

"When you see the All-Stars walk in the room, especially when they're like 6-6 with beautiful blue eyes, it makes you smile. And the great haircut that he has. I was telling him, too, he's got a tan this year."

"I've got no ego here. I don't mind being the bucket boy. That's all right. I'm about W's. I don't care. If somebody needs balls fed to him, I'll do that, too. Somebody needs me to put a ball on the tee, I can handle that as well."

A trim and fit Jon Lester plays catch and catches up with former teammate @Dempster46.

Full piece coming on @WatchMarquee a week from today: pic.twitter.com/ZvjvtoQRpA