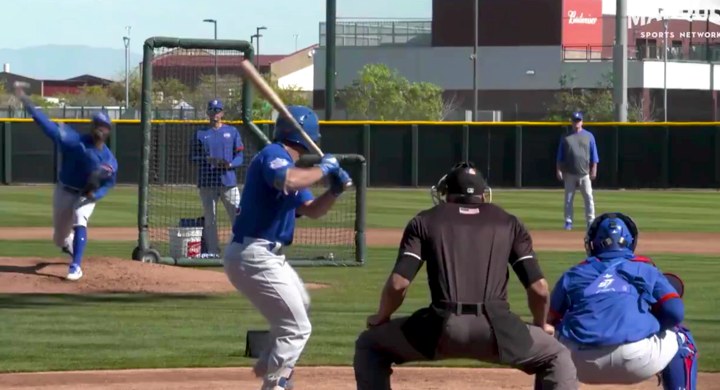 Today was officially reporting day for position players at Cubs camp, but it seems that everyone was already around – that is often the case – so it didn’t really feel like anything official. Tomorrow is the first full-squad workout day, so that might be something special.

.@WContreras40 was fired up about the way @faridyu finished his bullpen on Sunday. #Cubs pic.twitter.com/2dDDRFNSx1

After dealing with a stomach bug for much of the past week, Brandon Morrow is scheduled to be back on a mound during Monday's workout.

Jason Kipnis will wear No. 27. Was 22 with Cleveland, but Heyward obviously has that one with the Cubs.