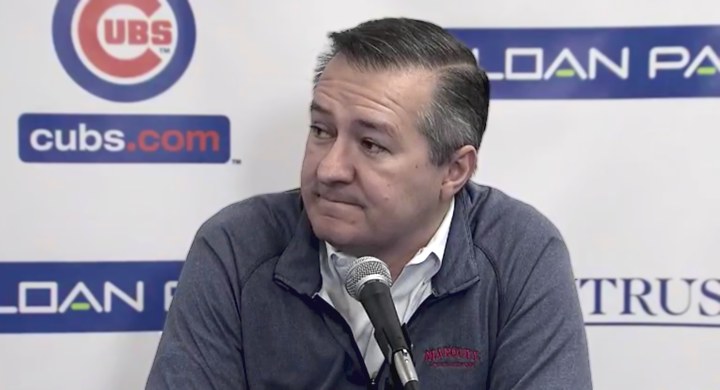 Chicago Cubs Chairman and Owner Tom Ricketts held a press conference today in Mesa, Arizona, as he does annually at the open of Spring Training.

Having been around the block on this front now for more than a decade, Ricketts knows how to handle these pressers without giving up too much in the way of eyebrow-raising info, so you pretty much have to read between the lines if you’re going to take much of anything at all away.

I logged and paraphrased notable bits from Ricketts throughout the press conference, which you can also catch in full in the Periscope replay at the end of this post …

Tom Ricketts on Cubs spending: "We had the highest baseball budget in the league last year."

We don't always have great visibility to all *baseball* spending, even if we can see certain components of it. Interesting Cubs say they were on top.