Kris Bryant Started to Get Eaten Up at the Top of the Zone, So It Looks Like He Tweaked His Stance Skip to content 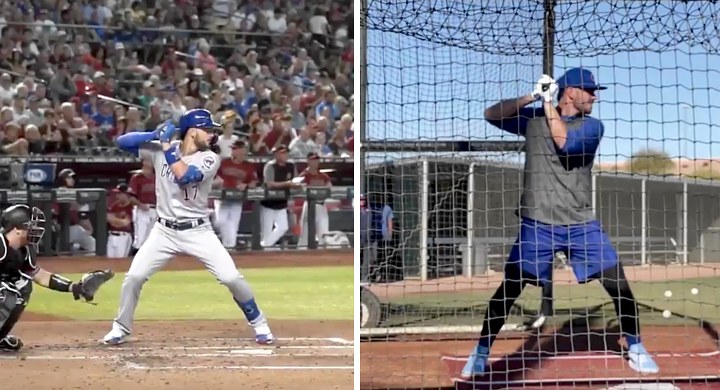 Kris Bryant is constantly adjusting his approach and his swing to optimize results. He’s a baseball rat in that way, and it’s fun to see the little tweaks year to year.

This time around, it wasn’t hard to see what Bryant was modifying when he got in the cage at Spring Training:

Bryant, notorious for years with his suuuuuuper wide base, is now slightly more upright in his stance. Compare with 2019 (noting that the camera angles are not precisely the same, so the total change is likely not quite as exaggerated as this looks – but, yeah, still quite different in the crouch):

Why the change? Well, I suspect it has something to do with how pitchers have worked him over his years in the big leagues.

Consider that, with an extreme launch angle swing, pitchers have continued to work Bryant more and more up in the zone – here’s the evolution from 2016 to 2019, via FanGraphs’ heat maps, which makes it very obvious: 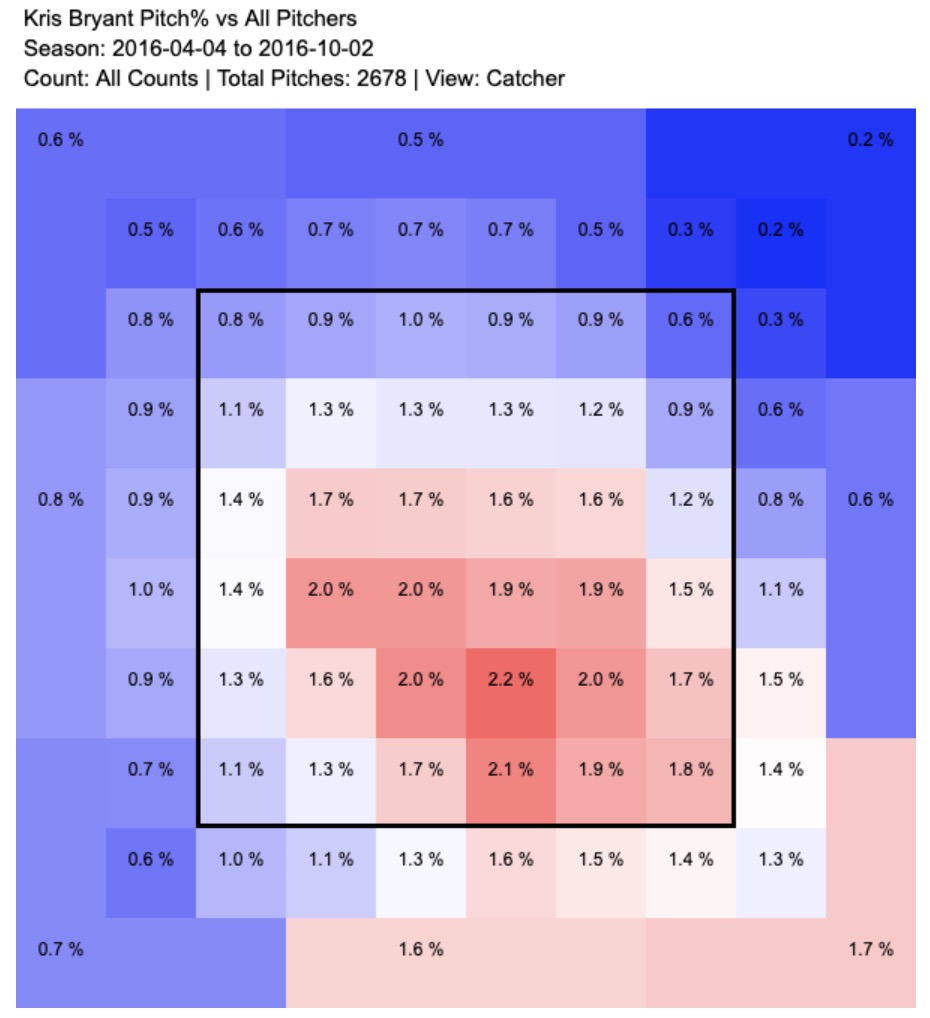 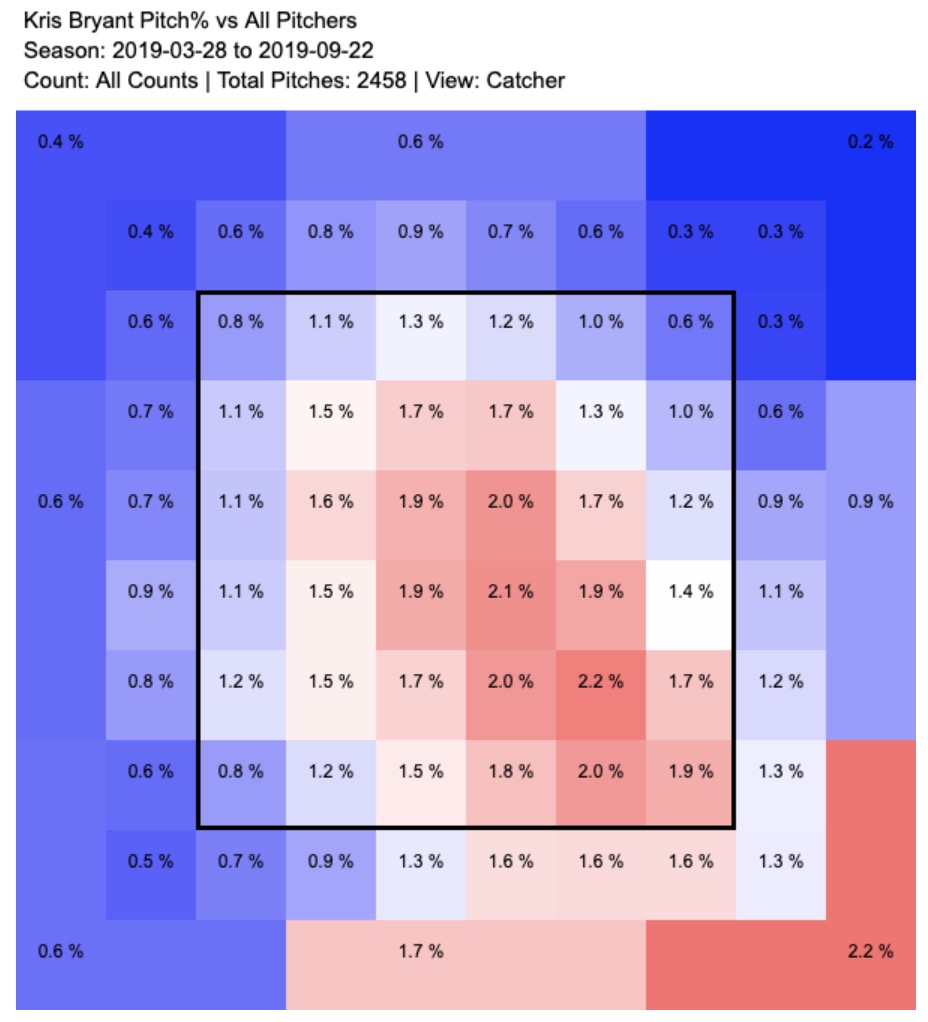 If you’re thinking that working Bryant up more and more is about getting swings and misses – staying above his bat with his upper-cut swing – you’d be wrong! Bryant is actually making more contact up in the zone than he did in his younger days. Instead, working him up with fastballs is about staying above his barrel, making it harder for him to really do serious damage.

Unfortunately for Bryant, it was clearly something that pitchers picked up over the years – he used to do a whole lot more at the top of the zone (2016) than he did in 2019: 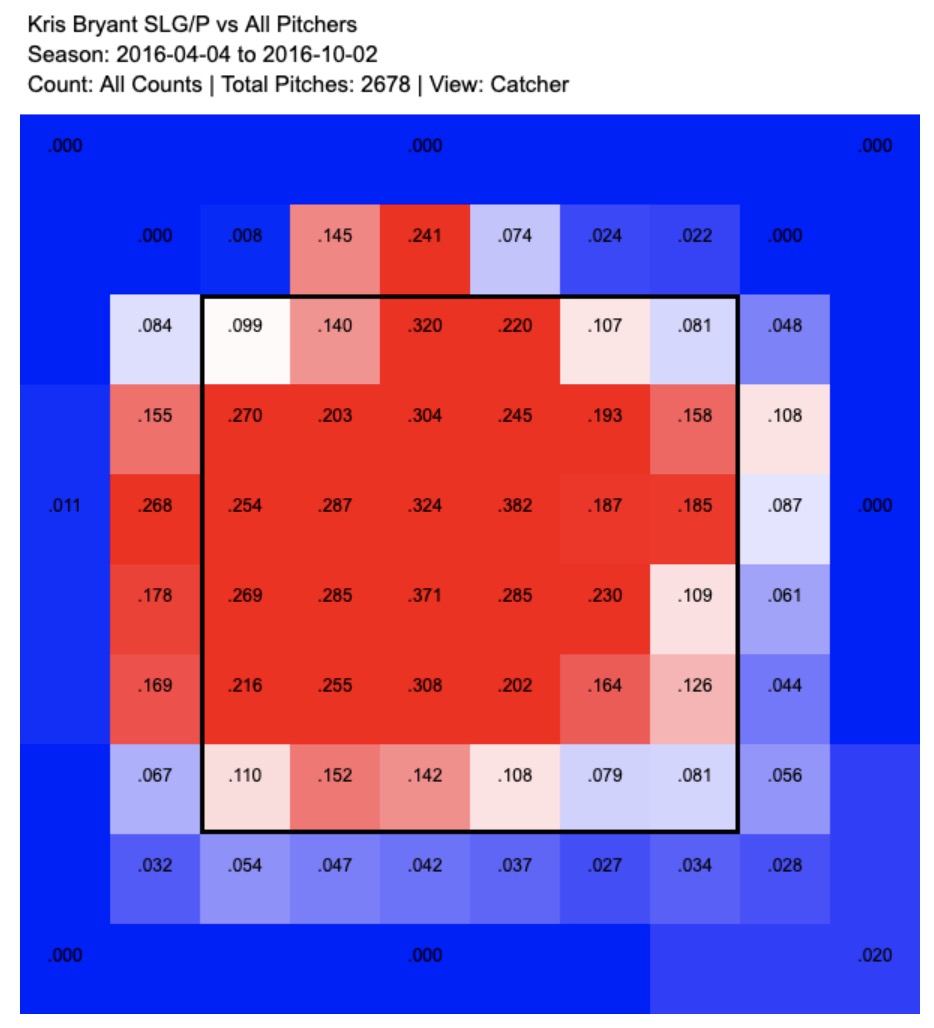 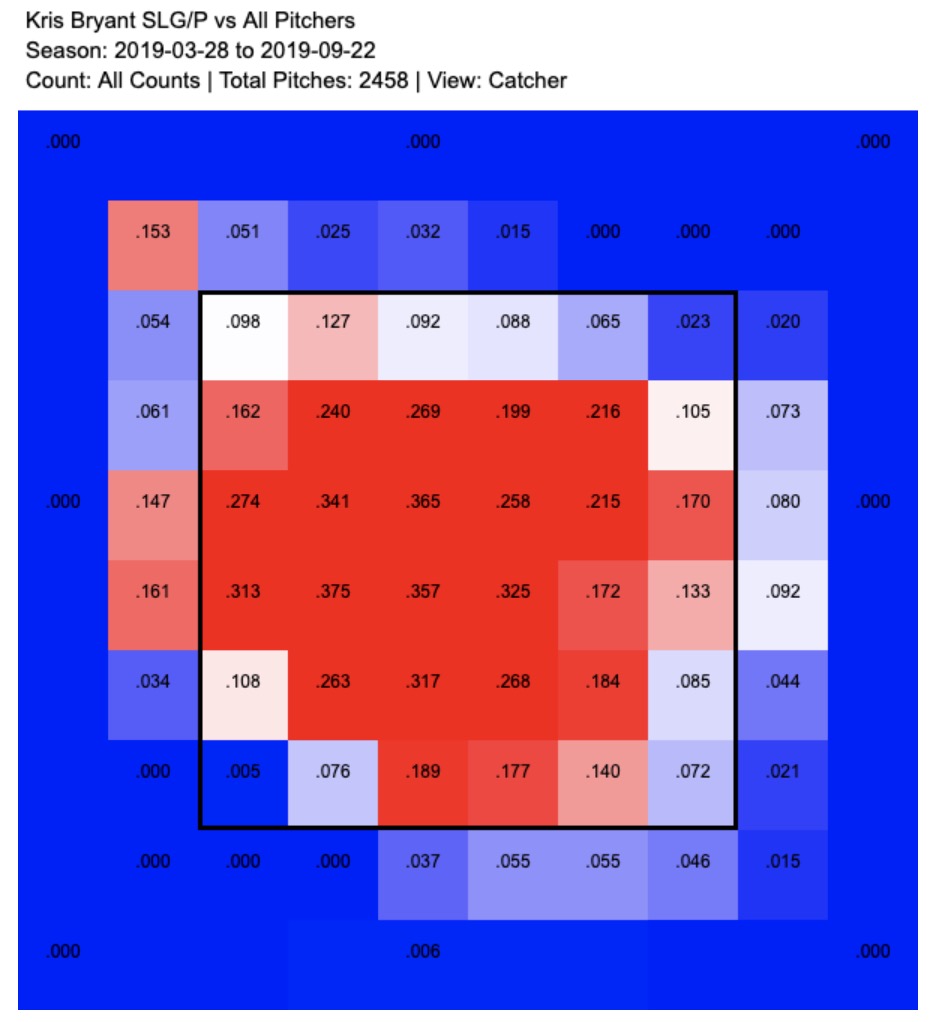 So Bryant gets pitched upstairs more often, makes more contact, but does less damage. Pretty easy to see why he wanted to address that particular issue in the offseason.

That’s how the league adjusts. You’re crushing it at the top of the zone until one day you aren’t anymore. And quickly pitchers feast on that.

Thus, Bryant making a little tweak, presumably, to help get the barrel on the ball more frequently at the top of the zone if pitchers want to continue to live up there. The big question is whether it’ll make him more susceptible down in the zone, but we’ll know pretty quickly as pitchers inevitably adjust again to his adjustments.

Check out Evan Altman’s look at the stance adjustment for more on Bryant’s approach.