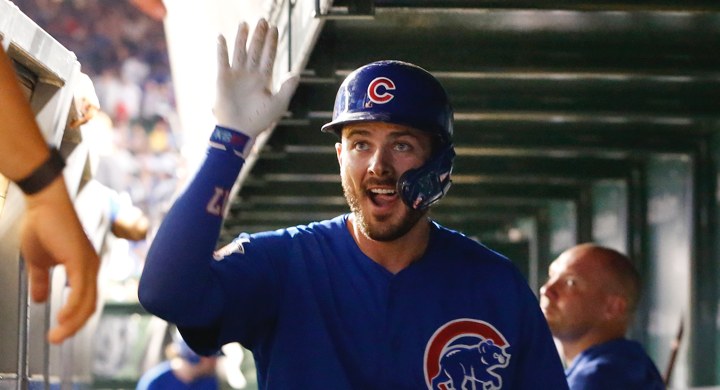 I just finished up a re-watch of Season 4 of ‘Better Call Saul’ in anticipation of Season 5 dropping this weekend, and I am extremely stoked. It’s just such an expertly-crafted show. Slow to some, perhaps, but every lingering camera shot feels like it’s telling you something, setting you up for something, grafting some emotion onto you. I love it. How these folks set a show in the same universe and story line as ‘Breaking Bad,’ but made such a different show is absolutely incredible. I hope they don’t lose that as the story line converges with the events of the earlier show.

Rizzo on why Bryant right guy to lead off pic.twitter.com/yW9QDLCN6K

Astros strike back at critics: "We're going to go out there and win and shut everybody up"

Josh Reddick's response to criticism of Astros: "At some point, you have to move on and not give a s–t. We're going to go out there and win and shut everybody up,” per @dcsportsbog pic.twitter.com/c4STfZW8Hk

The average overall increase in Minor League wages is roughly 50-60% per player. Raises over '19 vary by level/years. Cubs chairman Tom Ricketts drove this change for the franchise.

Our @Britt_Ghiroli @DOBrienATL report that Kelly Crull is expected to be announced as the Braves’ new sideline reporter: https://t.co/gw1a33tLZC

Cubs announce new deal with @HomeRunnInn as team's official pizza partner. Replaces @GiordanosPizza, which signed on in 2014. Home Run Inn will be only pizza served at Wrigley Field general concessions and Sloan Park.

AT&T's plans to sell their RSNs may have taken a hit after lower than expected bids hit the markethttps://t.co/TdHIRcw7e9

Latest episode of Onto Waveland with @BleacherNation and I. We talk early impressions of David Ross, and Kris Bryant, leadoff hitter, finding his voice. https://t.co/8Uf2yMYKIz