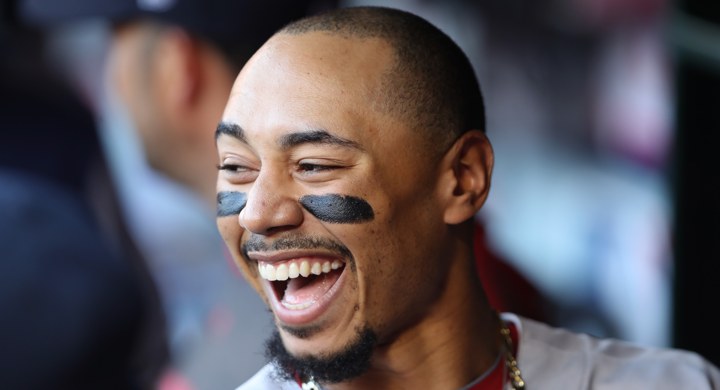 Although it’s too early to actually think about maneuverings in the next free agent class, it’s not too early to have some of the names on your radar. Part of the reason we’ve been obsessing about the Cubs’ luxury tax standing for the 2020 season is because, if they were over this year, then the 2021 season would be a third consecutive year over the luxury tax – and that’s when the penalties reach a point where almost no team is going to do it (so far, none has under the current CBA).

So, if the Cubs do get under the luxury tax this year – as they clearly made something of an uncompleted priority this offseason – you’d be seeing them able to play aggressively at the top of next year’s free agent market if they wanted.

To that end, then, MLBTR popped out their very early look at the top free agents for next year, pending extensions, as always:

Early look at the top 10 free agents in next offseason's class:https://t.co/vEudChBePG pic.twitter.com/c8xf2Zty3k

It’s not a bad class on paper right now, though it doesn’t look nearly as good as the following year’s insane class currently projects to be (heck, from the Cubs, alone, it would include Kris Bryant, Anthony Rizzo, Javy Báez, and Kyle Schwarber). Extensions always muck things up when you try to project too far, but you wonder to what extent there will be teams out there eyeballing guys like Francisco Lindor, Nolan Arenado, Trevor Story, Freddie Freeman, Max Scherzer, Justin Verlander, Clayton Kershaw, Tommy Pham, Noah Syndergaard, Corey Seager, Lance McCullers, Jon Gray, and many, many more in that class.

A lot will happen this year to transform the look of the upcoming class (to say nothing of the one after that). But as extensions fell slightly more out of vogue the last couple years, there are looking to be more big name free agents in the classes ahead than we’ve seen the last couple years.

Sure would be nice if the Cubs were in a position to target the guys they really like, eh?