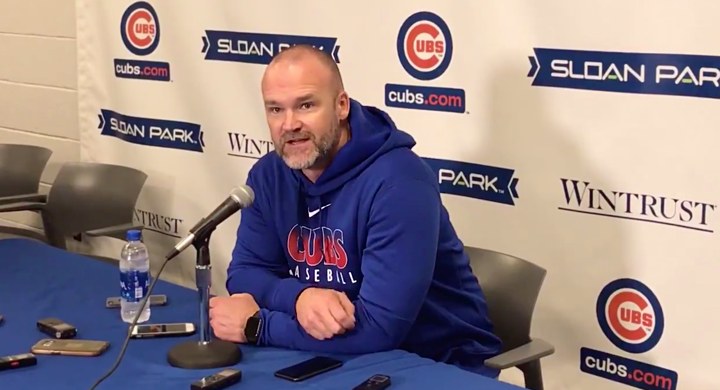 The good news is that The Little Boy’s sickness is trending well (fingers crossed), but the less good news is that I got hammered overnight. And not the lovely White Claw kind. The how-are-my-sinuses-still-in-my-body-with-all-this-pressure kind.

"He's told me no. I've asked him that. I asked him that a while back with the training in the offseason, and I haven't heard anything from our training staff on that subject. So as far as I know, he's 100 percent."

"He changed the shortstop position."

Go behind the scenes with the team on and off the field. For the full episode of the all-access series, “Cubs 162,” tune into @WatchMarquee Sunday at 1:30 p.m. CST. pic.twitter.com/h7IMvVOF9r