The Chicago Cubs are heading out on the road today to face the presumptive National League favorite Dodgers, and let me tell ya, they’re not taking it easy just because it’s the second game of the spring. I mean, just look at that lineup. Betts. Seager. Turner. Pollock. Lux. Yikes.

Winning or losing agains that group today is mostly irrelevant – and they’ll probably play no more than an inning or so each – but it’s not meaningless to everyone.

Tyler Chatwood is trying to win a spot in the rotation this year and although he may have the inside track over Alec Mills and Adbert Alzolay (among some others), it’s far from a guarantee. Unfortunately for him, his one inning of work today lines up with arguably the best lineup in baseball. We should probably grade him on a curve, regardless of what happens.

As for the Cubs lineup, there are not as many sure-fire starters in there (there are some), but there are some interesting storylines. For one, Ian Happ is leading off and playing center field, a position he’ll likely have a shot to win outright this spring and early-season. And while he’s not going to be the Cubs leadoff hitter of the present (that’s Kris Bryant), he is the sort of guy who could fit the mold in the future (switch-hitter, fast, good on-base skills, potentially great all-around bat).

Meanwhile, Daniel Descalso gets a shot at second base, where he’ll be battling against David Bote and Jason Kipnis for time, while Josh Phegley tries to show that his bat is good enough to carry three catchers on the newly-expanded 26-man roster.

Nico Hoerner is also grabbing a start at shortstop today, which is good to see, though I suspect when we see him in the majors this year, it’ll be primarily at second base. I’ll be looking to see if he’s able to hit for a little bit more power this spring (selective aggression is still the name of the game, even with his contact skills), but I suspect he’ll start the year in Triple-A no matter what. 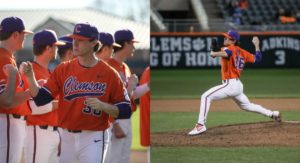 The Cubs Latest UDFA, Sheldon Reed, Will Be an Interesting Prospect Project to Follow