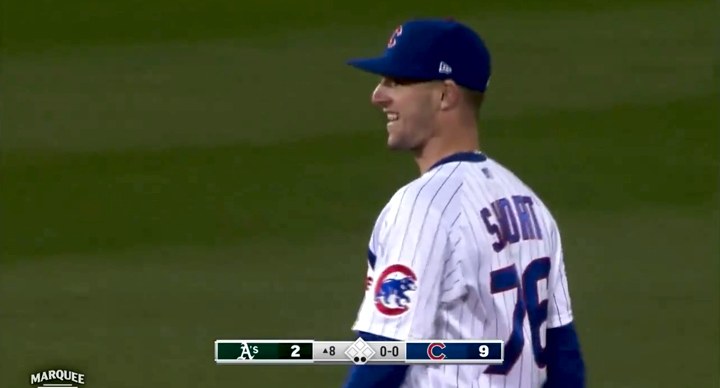 The 2020 Cubs Spring Training slate kicked off with an easy win over the A’s, and for as much as we know you can’t actually take anything away from the result, it still feels nice to see the Cubs put up a boatload of runs, winning 12-2.

Willson Contreras’s booming homer kicked things off, and Kris Bryant added a couple on a run-scoring single from the leadoff spot (it’s legal!):

Kris Bryant has three career RBIs when he hits leadoff.
He drove in two on this single. pic.twitter.com/XaoMNAuWck

Six RBIs tonight from the leadoff spot for the #Cubs. Four from @TrentGiambrone. pic.twitter.com/AKr1uWDlvT

But the highlight of the night was quite clearly the nifty combo work from Carlos Asuaje and Zack Short:

Other bits from the game …