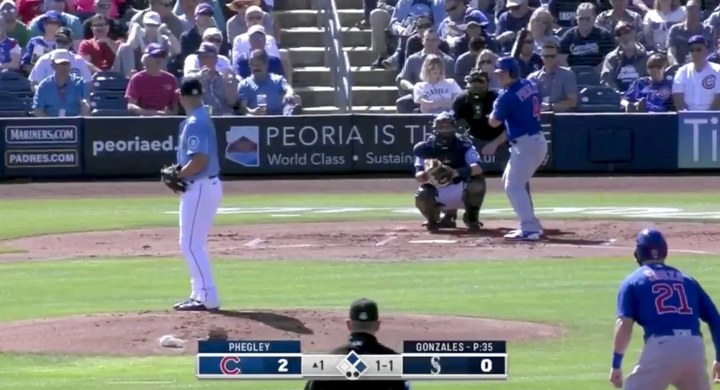 Willson Contreras hit the Cubs’ first homer of the spring in the team’s Cactus League opener, and then Victor Caratini followed yesterday with a blast of his own.

By rule, that meant that today’s catcher, Josh Phegley, had to homer for the Cubs. And wouldn’t you know it, the guy did it in his first at bat:

It's what our catchers do. pic.twitter.com/9KXSuAMRwy

Phegley, a powerful dude and big-league-caliber back-up catcher, is trying to win a job on the Cubs’ bench, which would allow the team to more frequently deploy the bats of Contreras and Caratini. Clearly, if they’re gonna homer every darn game, you’re gonna just want to keep all of them …