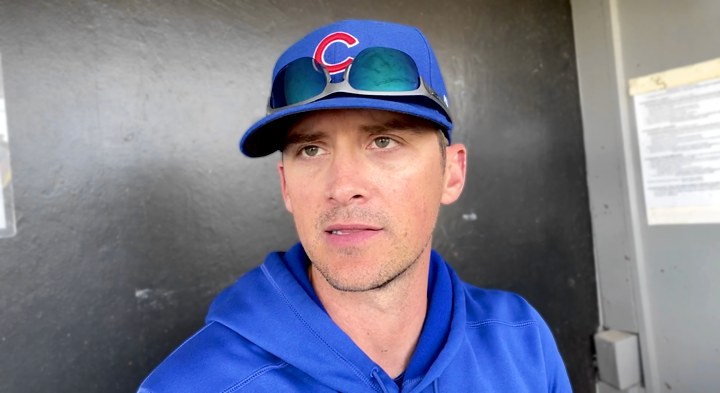 The Cubs better be good this year, man. Too little good sports team action in Chicago these days, and I’d rather it wasn’t *just* the White Sox creating happy moments this summer (if that part even happens at all).

Morrow says the “mild chest strain” is around his collarbone. Has felt progressively better since Friday. Strength tests in area promising. Hopes it’s minor and he’s back to throwing in few days. Doesn’t expect to open season on time. Not making predictions.

Is there a better backstop combo in baseball than Willson Contreras and Victor Caratini? You'd have to make an argument for an extremely top-heavy twosome (Philly? Sox?), but I really don't see it.

I think the Cubs have the best combo catching group in baseball.

Very interesting that Robel Garcia’s second assignment in Mesa is to cover right field, a position he logged exactly 3 innings at in all of 2019 (including winter ball). As someone who advocates for role experimentation at every turn, consider me a fan of the trial.