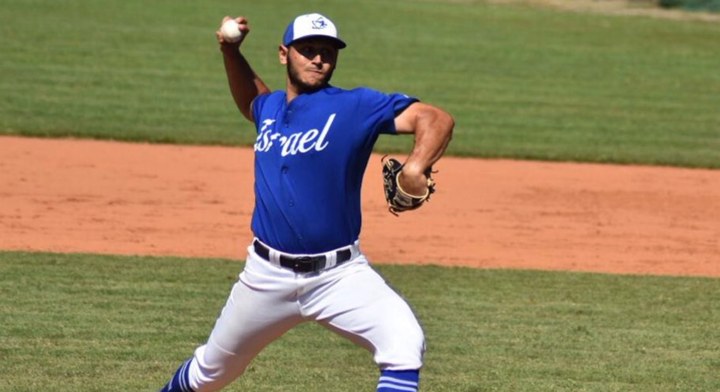 Last year the Cubs noticed a former Cleveland Indians prospect who had been playing professional baseball in Italy, and they decided to take a chance on him. Robel Garcia turned into one of the best stories of the 2019 season – the fact that he went from pro ball in Italy to making an appearance in MLB is pretty incredible. And, hey, he’s still on the radar as a possible utility contributor to the Cubs this year.

That is not to say that every surprising international discovery for the Cubs in the spring is going to turn into a huge story, but it’s still really fun when it happens:

Jonathan de Marte, 26, is a dual Israli-American citizen who grew up in the States, and was TWICE named the Gatorade high school player of the year in New York. He dealt with injuries in college, and wound up grinding in independent ball, in Canada, and in Australia for the past three years. Then, as Murray notes, de Marte wound up the dominant closer for Team Israel as they qualified for the Olympics.

Perusing his stats (dangerous, I know), it looks like something may have clicked for him late last year, which then translated to his time in the Olympic qualifier, and got him on the Cubs’ radar. I hope we get a little more information about what changed, because it’s really enjoyable to follow pop-up stories like this.

For his part, de Marte was doing the work to try to find a job last fall:

I would expect De Marte to wind up in the bullpen at Myrtle Beach or Tennessee to open the season, and then we might get a little more info on whether he’s a surprise breakout candidate a la Garcia.

The Cubs also recently signed a prospect out of not-baseball-hotbed Spain, so they are definitely keeping the scope as wide as possible. And I love it.