David Ross is Back and He's Got Zingers Skip to content 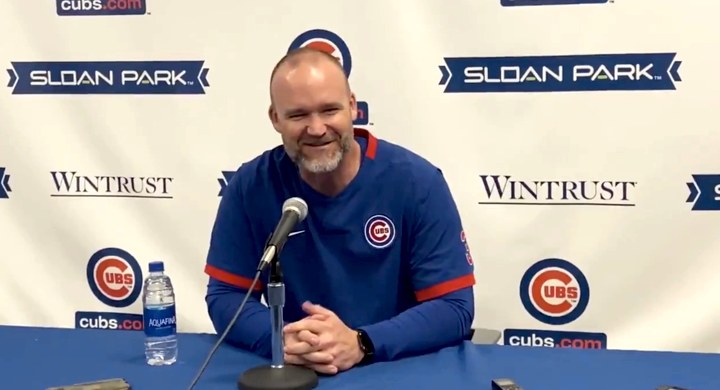 After battling a serious bout of the flu that kept him out for his own would-be Spring Training debut, Chicago Cubs manager David Ross is back on the grid.

And he brought the fastball with him:

Cubs GM Jed Hoyer won the first Marquee broadcast by mentioning his “Lou Gehrig, you are not” text message to David Ross.

Ross: “What goes around comes around. Just so you know, Jed’s a little under the weather today. That’s karma.”

Ross: "Been taking a little ribbing from the boys. They've been texting me, checking on me, sending me Lou Brown in the hospital bed GIFs. It's been pretty fun." pic.twitter.com/sECYD4bwZR

David Ross, joking about finding the balance between being an ex-player and now leading as the manager: “As a player, I only had to show up for Jon Lester’s starts, so I figured today was a good day to get back.”

Rossy says Rizzo was “leading the charge” in giving the manager a hard time for missing the first three games while out sick. pic.twitter.com/596MPfBJ5h