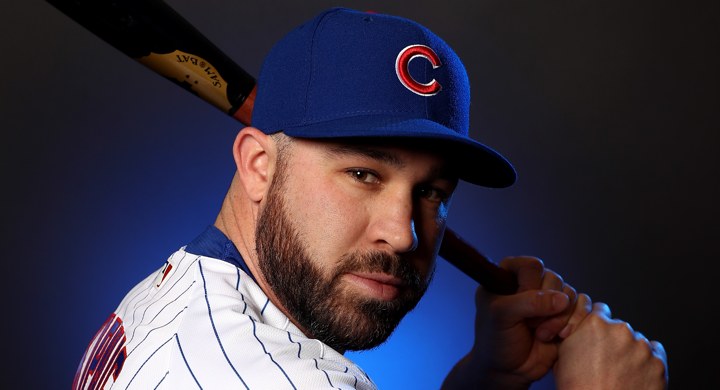 With an increasing sense that non-roster invitee Jason Kipnis has an excellent shot at making the Cubs’ Opening Day roster, I was thinking a lot more about how sharply his performance has trended down the last three years.

On paper, it looks like he went from star-caliber to useful player, at best, overnight:

But still, given how sharp the decline was in 2017, and given how he bounced back a bit in 2018 when he was mostly healthy, I wanted to dig in just a bit more on the last three years to see if it’s all just injuries and decline, or if there was anything else going on.

Right off the bat, I’m gonna tell you: it’s a really weird mixed bag of stuff, and it mostly seems like he simply stopped making the same kind of contact.

As you could see on first glance at the stats above, the single thing that has primarily driven Kipnis’s drop off in production was the massive decline in his BABIP. I mean, just look at 2016 and earlier, and then boom, 2017-19 is 60+ points down. That’s really consistent, enormous, and weird.

It’s the kind of drop that immediately makes you think something changed, dramatically, in his quality of contact. Except when you look at his hard contact rate over this period, there isn’t an obvious drop off. His soft contact rate did spike in 2017, but then it came back down to normal last year. So that’s … good? Odd?

But then you look at his average exit velocity, you *do* see a decline:

Still, would that decline account for such a massive fall in BABIP? Especially when he was still making hard contact at a similar rate as in the past (just not QUITE as hard overall)? There has to be more, right?

Well, I think this will probably jump out at you: 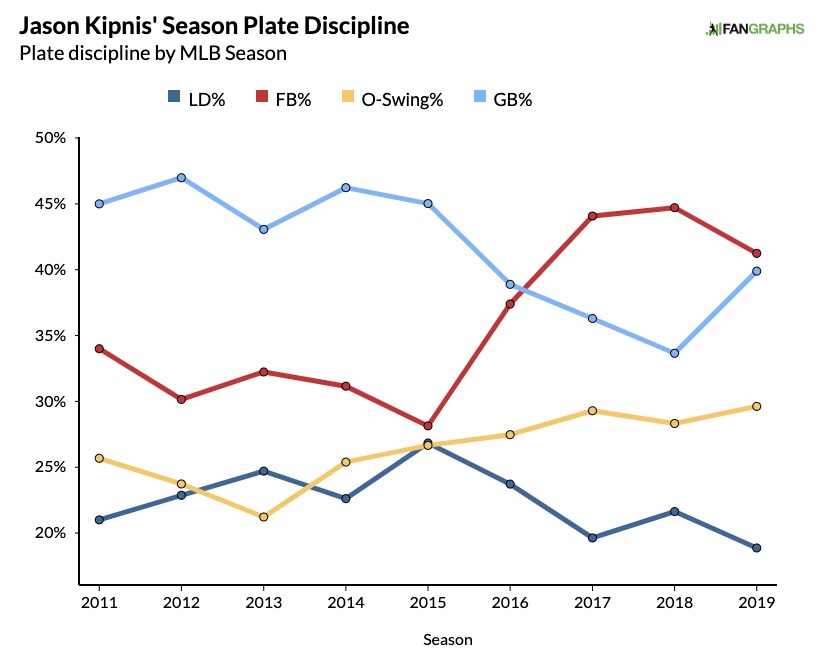 At his best, Kipnis was a pure line-drive-type hitter. That meant very few fly balls, lots of ground balls, but most importantly, lots of line drives (and a high BABIP). Then, on a dime, his profile transformed in 2016, and rapidly accelerated from there. He was going out of the zone progressively more often, hitting far fewer line drives and groundballs, and MASSIVELY increasing his fly ball rate.

It makes you wonder if he was trying to adopt to the juiced ball/launch angle era … and it didn’t work for his overall production. Yes, he hit more home runs, but it wasn’t nearly enough to offset the drop in his batting average. More fly balls, hit slightly less hard, means a whole lot more easy outs. It kinda worked at first in 2016, so maybe he stuck with it? But after that, BABIP: crushed. Overall production: crushed.

On the bright side, Kipnis’s launch angle came back down to normal levels this past year, and you can see the fly ball rate crept back down. But the power stayed down, and so did the BABIP. That looks to be primarily because the line drives didn’t come back, though maybe there was some progress, at least until the wrist issue mucked things up at the end of the year? There might have been at least a little bit of bad luck in there – his expected wOBA was 15 points higher than his actual wOBA.

All that said, it would be unreasonable to expect a huge jump in exit velocity and a resumption of a huge line drive rate at age 33. Instead, realistically, the best you could hope for is that Kipnis resumes at least being very useable against most righties as part of a platoon at second base.

On that front, even in these down years, Kipnis was nearly a league-average hitter against righties, so it’s at least modestly reasonable to hope that, as his profile returns to his past success (maybe?), he can be average or better against righties. And, given his extreme contact tendencies, that might be a really nice periodic addition to the lineup.