Theo Epstein Hints at the Only Two Paths for This Cubs Season: Win Big or Sell Off Big Skip to content 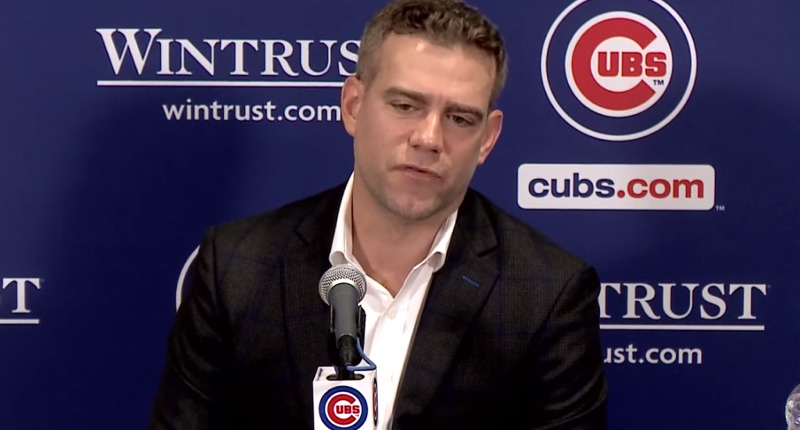 Given what we’ve already said about the Chicago Cubs’ overarching process the last 12 months or so, I don’t think anything Theo Epstein is saying should come as a surprise.

But, since he is confirming a lot of what we’ve long suspected based on the available data, I think it’s worth putting this down as a placeholder for the season that lies ahead. It’s roadmap. And it will make many of you unhappy.

https://t.co/caXv74EXU3 Theo Epstein said the #Cubs will have to be brutally honest about if they are WS contenders or not come July when assessing whether they should trade any of their high-end players approaching free agency by the end of 2021.

Given the farm system failings and the wave of players under control for only two more years, Theo Epstein is saying more than ever that the organization cannot afford to BS itself this year.

“It puts us in a position in which we have to be very objective about what we have,” Epstein told Joel Sherman. “In the middle of this season, if we have a legit World Series contender, that is really meaningful. But if we don’t, you can’t be blind to the realities of the following 18 months.”

If the Cubs don’t view themselves in that way come July – however they decide to define it – then a major sell-off looms.

But hey, that was always the path we saw for these Cubs after last season. Of course, we saw much of the selling starting this past offseason, but since that didn’t happen, it is very likely to happen in-season. Unless, of course, the Cubs are “legit World Series contenders.” Then you ride with the guys you’ve got as far as they’ll take you.

Now, of course, there’s always a lot more art to this stuff than science, because a mushy gray middle is a more likely first half outcome than OMG THE CUBS ARE OBVIOUSLY AWESOME! or OMG THE CUBS ARE OBVIOUSLY TERRIBLE! But if you take Epstein at his words – particularly when paired with an offseason that seemed strategically designed to permit a major sell-off – the constitution of the team is not necessarily going to have to be crystal clear for the path forward to be.

In other words, yes, if the Cubs are OMG OBVIOUSLY AWESOME – think leading the NL Central by 6.0+ games in early July, and performing like a synch to win the division – then they’re not going to risk a sell-off, and they’ll just have to eat the reality that they’re over the luxury tax for a second consecutive year. That might even mean some short-term additions at the Trade Deadline. (But it might also mean another winter of austerity after this season, as I cannot see a situation where the Cubs are over the luxury tax for a third straight season in 2021.)

But if the Cubs are OMG OBVIOUSLY TERRIBLE *or* merely competitive, I think you’re going to see a sell-off, the depths of which will be more dictated by the market’s desire for Cubs players than by the Cubs’ record.

Yes, I’m saying it: I can envision a scenario where the Cubs are leading the division slightly but nevertheless sell off some pieces at the Deadline. They’ll couch it as being honest about their chances to make a deep postseason run (“we aren’t legit World Series contenders”), about the importance of restocking for the longer-term (certainly true), about wanting to give young players a look (conceivable, I guess), but man alive will it be unpopular.

That’s the reality that the Cubs set themselves up for by failing to either add big this offseason for a real 2020 push, or selling off some pieces this offseason to ensure they could be safely under the luxury tax in 2020 regardless of their competitiveness. By their choices this offseason, by their longer-term failings in player development, and by some circumstances outside their control, this is the terrible middle road the Cubs took. If the team plays surprisingly well, then maybe all will be forgotten and all will be fine. If the team plays horribly, that, too, may wind up a “fine” outcome relative to the offseason (the sell-off simply would have been moved from December-January to July).

Sure would be nice if one of those extremes happens between now and July, right? Especially that Cubs-are-actually-awesome-hooray one?

But if that likelier mushy gray middle comes? When the Cubs are, say, tied with the Cardinals on July 25, with the Reds and Brewers just a couple games back? The Cubs may find themselves sitting in a pile of “tough shit” that they themselves created.