The Challenge of Working Out, Weber's Fantastic Throw and Progress, Minor League Needs, and Other Cubs Bullets Skip to content 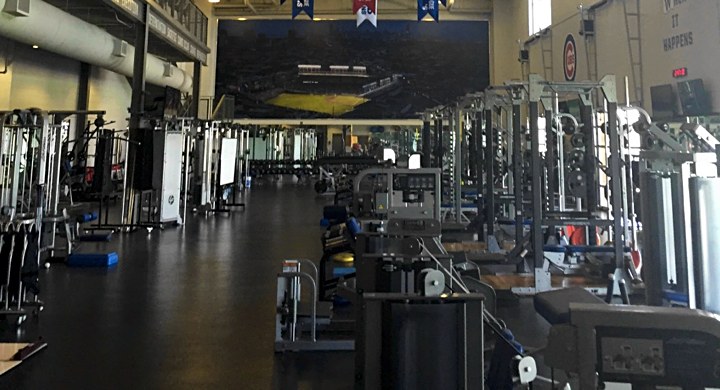 I write about the Cubs. That’s what I left the lawyer life to do, it’s what I always wanted to do, and I routinely feel like the luckiest guy in the world that I get to do what I want to do.

Right now, like so many other people, I can’t quite do what I want to do in precisely the way I want to. On the one hand, it’s like, give me a break, Brett. There’s a lot more at stake right now than you not “quite” doing “precisely” what you want to do. Mostly I do still feel that. I’m not a psychopath. But on the other hand, it does sting a little when I’ve settled in to do the Bullets over the past week, and it’s almost entirely been a medical/national news set of stories grafted onto baseball. It’s not “quite” “precisely” what I’m here for, and I know it’s not quite what you’re here for either.

We will adjust and evolve, but I realize now that, realistically, this is our new world for a while – so there probably aren’t going to be so many sets of Bullets that provide an entirely Coronavirus-free experience. I’m just going to accept that in the short-term, and include it where appropriate or necessary. Fortunately, a lot of other posts are still going to be humming along that are just baseball. Well, and also some that are wholly baseball-connected Coronavirus items. Dang this is such a weird time …

I see many @MiLB players being nominated to post their favorite game highlight on social media to get our minds off the delay, & thought broadcasters should as well!

Talking to people around the minor leagues suggested a state of total confusion. Players can't get part-time jobs. They can't collection unemployment. =One player was sent back Venezuela without enough money to pay the cab from the airport to his home.https://t.co/mEdCaxnsjA

MLB and the MLBPA announce a joint $1M donation to help fight hunger as a result of school closures and quarantines stemming from the coronavirus (COVID-19) pandemic. Donation will be split between Feeding America and Meals on Wheels America. pic.twitter.com/eegWOZ818D

Brought to you by Max Scherzer & Mike Mussina.

Let’s all do our part to defeat the virus. Seriously. 💪 pic.twitter.com/fFDQno6Be1

We’re raising funds to help workers affected by the loss of games at Wrigley Field. ALL proceeds from the sale of this shirt will be donated to displaced hourly employees who make Wrigley the best experience in the country! Please share 🙏 LINK: https://t.co/BJ6HvNsvif pic.twitter.com/VkKLY9M49o

One of the greatest throws of all-time. The crazy thing is that the announcers didn't realize at first just how good it was. Vlad being Vlad. pic.twitter.com/BOT081IRNZ