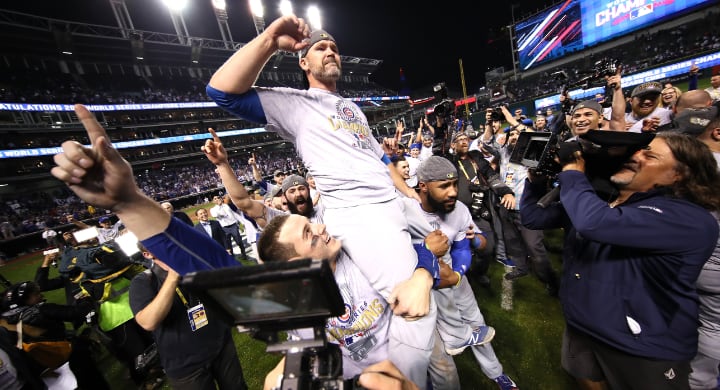 David Ross’ managerial career has gotten off to an unscriptable start. His first offseason was tortured by non-stop rumors of trading away his best players (guilty as charged), his first Spring Training games were missed because of the flu, and his first big league season is delayed by a total global pandemic.

BUT … I still believe in the guy.

And, guess what? Today is his birthday! And for his birthday, the Chicago Cubs have released the top-10 David Ross moments, of which there are MANY. Sit back and enjoy:

David Ross Breaks Down His Game 7 Home Run and Proves Why He’s the Right Guy to Manage the Cubs https://t.co/N6vZELG1Zy pic.twitter.com/lWtKW9SI6U

Happy 43rd birthday, Skip! We can’t wait to see you managing the Cubs on the field.