No Cubs COVID-19 Cases at the Moment, Baseball's Ultimate Journeyman, and Other Cubs Bullets Skip to content 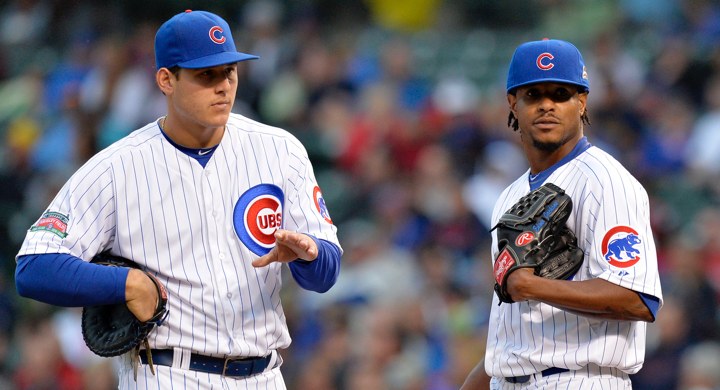 The shutdown situation is just going to be hell on my weight, man. Yeah, yeah, lesser concerns and all that, but when you can’t go to your gym, when you’re able to do delivery and carryout, and when you have high anxiety that screams at you to “EAT YOUR FEELINGS, YOU DESERVE IT NOW MORE THAN EVER!” … oof. Months of this? A lesser concern than other health issues at the moment, but I’d like to keep up the other healthy stuff, too.

Cubs: As of Wednesday no players or employees in organization have tested positive for COVID-19. (This in wake of news of NYY minor-leaguers and AZ-based Reds employee testing positive).

“We are supportive of this decision as the health and safety of our fans, players, and staff is our highest priority. The situation is fluid. It evolves by the hour, and unfortunately we don’t have a date we can circle on the calendar for Opening Day yet.

What we do know is that MLB will continue to share updates regarding plans for the 2020 schedule in the days and weeks ahead, and we will share news as it becomes available, along with news specific to Busch Stadium and other events.

MLB has a variety of contingency plans, and we will remain flexible with the hope of resuming normal operations as soon as possible. When the season does begin, MLB will be committed to playing as many games as possible.”

If you hate sitting at home, imagine how Edwin Jackson feels.

He's played for 14 MLB teams. Between the majors and minors, he's worn 19 different jerseys since 2015. He's 36 but has no interest in retiring.

He is baseball's ultimate nomad.https://t.co/QL8VDKjJcf