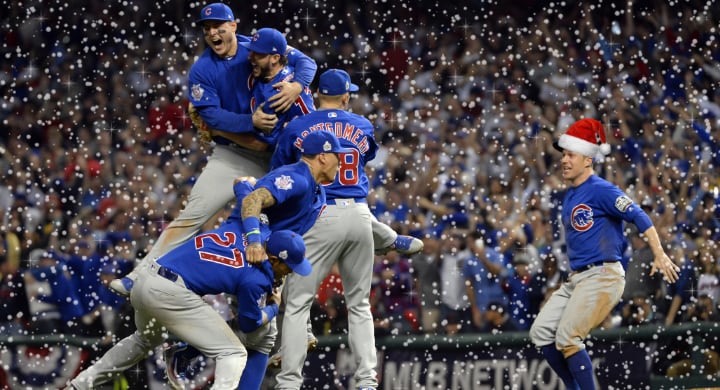 The only thing I’ve been enjoying more than Marquee’s scheduled re-watch of the 2016 postseason is crafting the modified Pre-Gamin’ posts that go before them. It’s been fun and almost surreal to go back down memory lane, while also pretending not to know what’s coming next on any given night. I miss baseball dearly, and this doesn’t really heal that wound, but it’s better than nothing.

By the way, Game 1 of the 2016 World Series is on tap tonight. The Cubs didn’t ultimately win that game, but I was there, Kyle Schwarber returned after months, and it was still a hugely important night. I even peed next to Ryne Sandberg, which is cool.

Florida has banned all nonessential surgeries. So how is Noah Syndergaard to have his elbow repaired there tomorrow?

The answer: DOCTORS are the ones who define "essential" — and this hospital said Tommy John for a baseball player counts.https://t.co/cVEKtqzaYj