Today was not Opening Day for the Chicago Cubs or any other Major League Baseball team, though if today’s game had played out as originally scheduled, I have complete confidence that the Cubs would have won.

How can I be so sure? Because Marquee simulated the game on MLB The Show 20, and the Cubs DID in fact beat the Brewers.

As you could see there, Jason Heyward played hero, delivering the decisive RBI in the 7th inning, giving the Cubs a 6-5 lead they wouldn’t relinquish.

Javy Báez also had a big day, including a three-run shot:

Even in @WatchMarquee's Opening Day simulation via @MLBTheShow, you absolutely leave a two-strike pitch up there to Javy Báez. Crushed for a three-run shot. pic.twitter.com/7UWT7hRoE3

Kyle Hendricks was cruising until he got into trouble in the 5th, and then needed the bullpen to pick him up the rest of the way as the Cubs kept things tight until Heyward untied things.

And, much to the delight of all (if it were real), Craig Kimbrel struck out the heart of the Brewers lineup, in order, to save the game in the 9th:

It’s not the typical box score, but Marquee was kind enough to hook me up with what they could pull from the game: 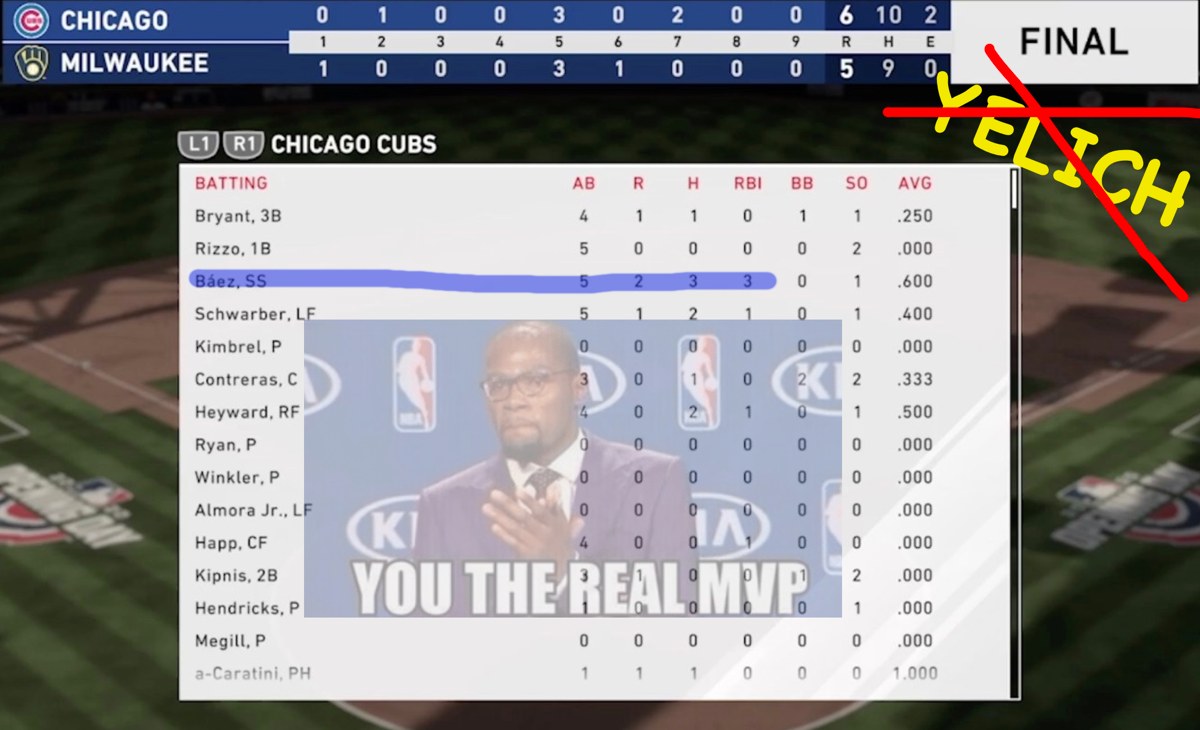