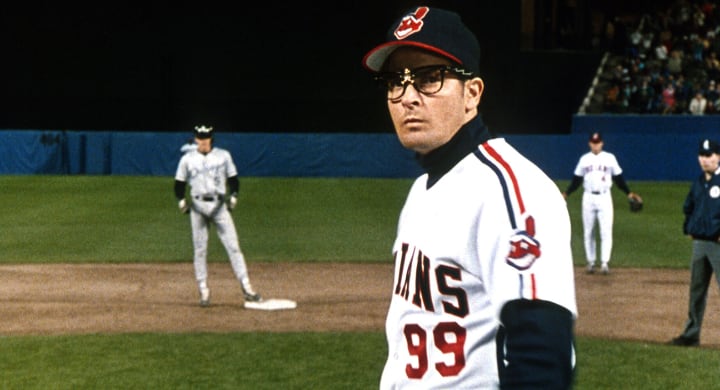 Today was supposed to be the first day of the 2020 regular season. Obviously, that’s not happening, but it did give me an idea.

Since we all already set aside a few hours a day to watch something together (I still wish it were Cubs games), I thought we could fill the baseball void with some sports movies – set to the Cubs original 2020 schedule. So I set out to Twitter to find your favorites films, and was relatively overwhelmed by the response:

Your top-3 favorite sports movies (any sport) are …..

Need this for research. Please and thanks.

With over 500 responses and 1,500 votes, we had a TON of movies to choose from, but only 32 spots to fill (I’m trying to stay optimistic). All the movies that received at least double-digit votes have made it onto the calendar and I filled out the rest with movies that I wanted to include for some variety and balance. And Teen Wolf. I wanted to watch Teen Wolf.

You can check out the full schedule at the bottom of this post.

With that said, replacing Opening Day was always going to be tough. So I went with the movie that received more votes than any other individual film: Major League (1989). With 50 total votes, Major League just barely out-paced The Sandlot (49 votes), and for good reason. Not only is it easily one of the best baseball movies of all-time, it also has some really interesting connections to the present-day Cubs!

For example, did you know that reliever Mitch Williams joined the Cubs in 1989 (the same year Major League was released) and earned the nickname “Wild Thing” because of his extravagant wind-up and release … and frequent wild pitches, just like Ricky Vaughn (Charlie Sheen)? Williams even walked out to “Wild Thing,” played on the Wrigley Field organ, and eventually changed his jersey number to 99, the same number Vaughn wears in the movie!

And how about this? New Cubs Manager David Ross once re-enacted Major League … all by himself!

How Did I Not Know This Video Existed: David Ross Solo Re-Enacting ‘Major League’ https://t.co/eSHSrzXl0u pic.twitter.com/IuE749Hkta

This 1989 classic is loaded with quotable lines, memorable moments, and one of the bests casts ever assembled in a sports movie (Tom Berenger, Charlie Sheen, Wesley Snipes, Bob Uecker).

But the thing I find most interesting is that it was written and directed by David S. Ward, who also wrote and directed The Sting, which won Best Picture, Best Director, Best Writing (Original Screenplay), and nearly a half-dozen other Oscars at the 46th Academy Awards in 1974. That’s one heck of a talent behind the camera, and helps explain its critical and audience success of Major League (opened at #1 in the box office and has an 82% on Rotten Tomatoes).

Needless to say, this was a perfect pick for our first movie of the year. It’s not regular season Cubs baseball, but it’s something.

P.S. The team of focus in the movie is the Cleveland Indians. Fun fact: The Cubs beat the Indians in the 2016 World Series after coming back from a 3-1 series deficit. People forget that.

P.P.S Brett is going to do a livestream right around (would-be) game-time!

With Bob Uecker as Harry Doyle.