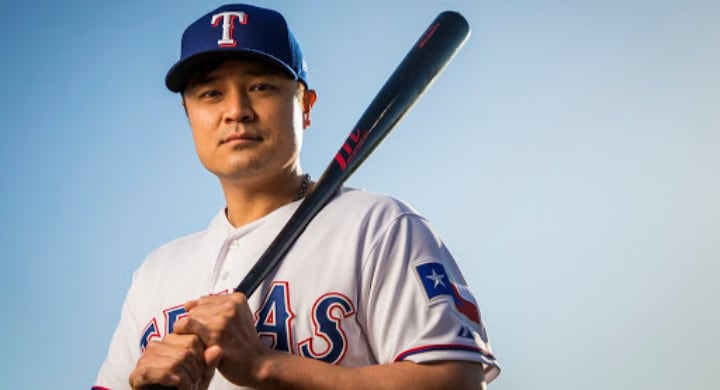 If you’re anything like me, you’re stuck in a frustrating loop of incessantly checking for COVID-19 updates … while also feeling generally overwhelmed and tired by the very same thing. It’s a never-ending cycle, from which I’m trying my best to break free. However, one thing I’m decidedly not sick of is the feel-good stories of individuals, teams, and cities stepping up to support their fellow humans in an obvious time of need.

You remember some of the latest:

Well, today’s feel-good story doesn’t have a Cubs or even Chicago twist to it, but it’s such a uniquely awesome gesture that I couldn’t help but to pass it along.

Here’s the gist from Evan Grant:

Confirmed this story from Korea: Shin-Soo Choo is donating $1,000 to each of 190 minor leaguers in Rangers system. Amazing gesture by Choo, who has always talked of giving back to next generation like generation of players did for him. https://t.co/IOr5TXAfaW

Shin-Soo Choo has been quietly donating $1,000 to each of the 190 minor leaguers in the Texas Rangers system. Which is just unbelievably generous, kind, and thoughtful of him. In fact, it’s apparently something he brought up to the Rangers a couple weeks ago, shortly after camp was shut down (he didn’t waste any time doing the right thing). 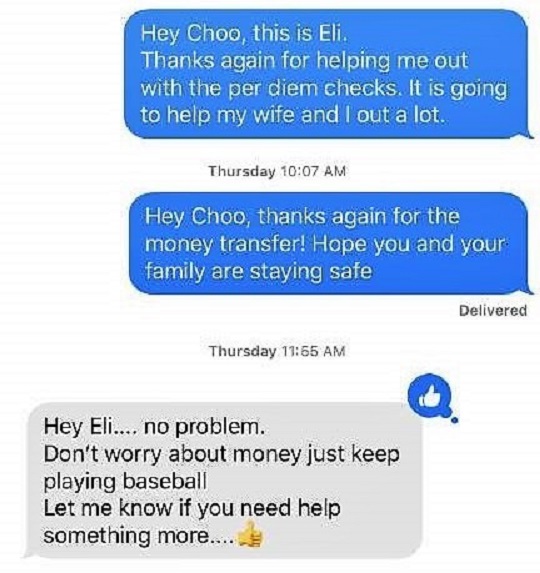 MLB had already agreed to pay Minor Leaguers $400/week through the month of May, but it seems clear that this hiatus will linger well beyond the next 30 days. And, of course, that’s not much to live on to begin with; As Grant points out at The Dallas Morning News, most minor leaguers have not received a paycheck from their Major League team since last September.

And with no clear timetable when things will return – plus closures pretty much throughout the country – it’s exceedingly difficult for those guys to get and keep interim jobs. So what Choo is doing is not only generous, it’s an extremely effective use of his dollars. Most of these players need the money as much as anyone out there.

Choo knows that better than most:

Choo: "I will never forget the minor leagues. In 2005; I'd skip meals on the road, save the meal money, and use it to buy diapers for my son."

Choo was making about $350 per week in salary at the time.

Choo has also donated $200,000 to Community Chest of Korea to help recovery in Daegu, city with most cases & most fatalities in South Korea. https://t.co/j34C9h5qyo

And he’s not just a purveyor of dollars, he also has some wisdom to deal, as well:

As for lessons, Choo said of being home at this point: "I think God is telling us to take care of our families. We work so hard for money, sometimes we forget about families and those around us."

Choo was the Rangers BBWAA Good Guy of Year winner in 2019. This is why. https://t.co/7TBCNrHURE

Including the right mentality on where to focus our attention:

On Choo donation: Let's not try to find somebody "at fault." Not about what anybody "isn't" doing, but the fact that Choo felt he wanted to give back. It's a wonderful gesture. Others aren't lesser because they haven't done same.

With that said, I do hope the Cubs (and/or one of their higher paid players) do take after Choo’s lead. Because aside from it being the right thing to do, the most cynical reason is still a good one: let’s keep these guys healthy, fed, happy, and focused on baseball. This will pass eventually, and you’ll want your players to be in the best possible shape. If an extra $1,000 can accomplish that, now’s the time.

So while Shin-Soo Choo is not a Chicago Cubs player, he is an extraordinary person. So today, I’m proud to call myself his fan.