Rumor: MLB Discussing Specifics of a 100-Game Season That Would Begin on July 1 Skip to content 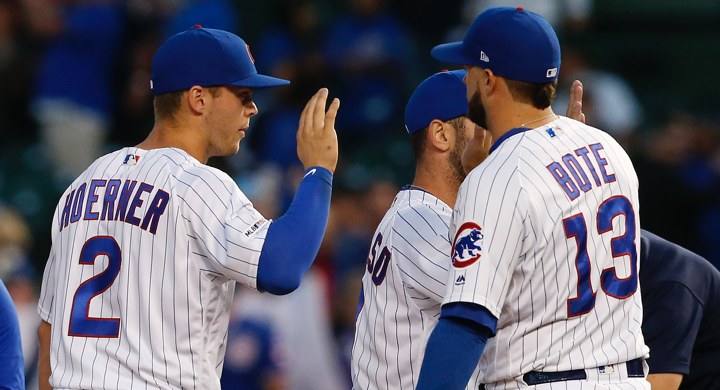 A couple notes up front on this: (1) Everything that relates to the scheduling of ANYTHING in the months ahead must be labeled as tentative, as we cannot predict the future in this era with any kind of certainty; and (2) Matt Spiegel is not generally a “news-breaker,” but he is very credible, which means when he DOES choose to break something, I tend to listen.

So, here’s the report from Spiegel:

From a well informed source that does business with multiple MLB execs: The 100 game season being discussed would include eliminating the All Star game in Los Angeles, but would deliver a neutral field warm-weather World Series at Dodger Stadium as compensation. (1/2)

The 100 game season being discussed would begin July 1, eventually pick up the post All-Star game schedule, & conclude October 15th. If the Dodgers made the WS, “road games” would take place in Anaheim or San Diego. Obviously, many questions remain, & talks are fluid. (2/2)

But that’s mostly good news right there, all things considered. At some point, MLB and the players were going to have to start the planning process of what is a realistically possible season, because there will be all kinds of planning necessary to actually make that season happen. The fact that those conversations are happening tied to specific timelines and game numbers and events is encouraging, even with the TENTATIVE caveat.

I also like that what’s being hoped for seems a lot more realistic than what the league had been discussing before. No, 100 games is not a lot compared to a typical season, but as we explored, the hopes of having 140+ games this year just did not make sense when you looked at the calendar. To me, 100 games that take place between July and October 15 does at least feel plausible. There are 107 calendar days in that window, which would give you about two off-days per month. Throw in a few doubleheaders, and it starts to get perfectly realistic to fit in that volume of games in that window of time.

Whether the games CAN actually start in July remains to be seen. I’m not making any claims about whether that’s realistic – not even the epidemiological experts could tell us that just yet. I’m saying only that this plan, as it relates to playing baseball with real human players in a certain time frame, does feel realistic. Expanded rosters would almost certainly still be necessary at the outset of the season, as well as playing in crowd-less stadiums.

If you’re wondering why already be planning to start in July instead of June? Well, I think there’s probably a three-fold reality there:

I know no one wants to wait another three months for baseball, but right now, starting the season in July sounds a heckuva lot better than the bigger fear out there (no baseball at all this year).

Not to get too hopeful or anything, but this rumor coming out right at the same time the London Series (scheduled for mid-June) was officially cancelled does seem to lend some credence to the idea that a July start is being seriously discussed.