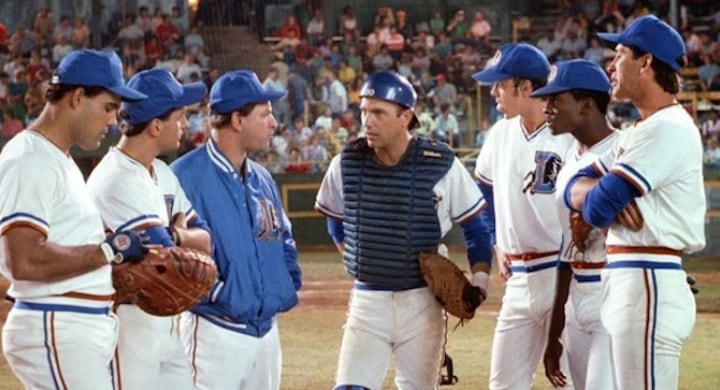 Back in college, my friends and I had a tradition: Baseball Sunday. Every Sunday, starting at the beginning of Spring Training, my friends and I would watch a baseball movie to get amped up for the season. It didn’t matter if we’d seen these movies once, twice, or a million times; the point was to get baseball on the mind and think of the countless hours of bliss we had ahead of us.

Later in life, when I was already working at Bleacher Nation, I re-visited that tradition and turned it into #content, by watching and ranking the top 20 baseball movies of all-time (while also calculating how much actual time they actually spent playing baseball in each movie). Three years later, I’d almost certainly change the order of the list, but I probably wouldn’t touch the top-billing.

And, hey, get this: When I tweeted out my article, the actor Robert Wuhl, who plays the team manager Larry in the movie, took notice:

Cool article by @Michael_Cerami on how much baseball is played in baseball movies.

It’s not Cubs baseball. But it’s better than nothing. If you’ve never seen Bull Durham, you’re in for an absolute treat.